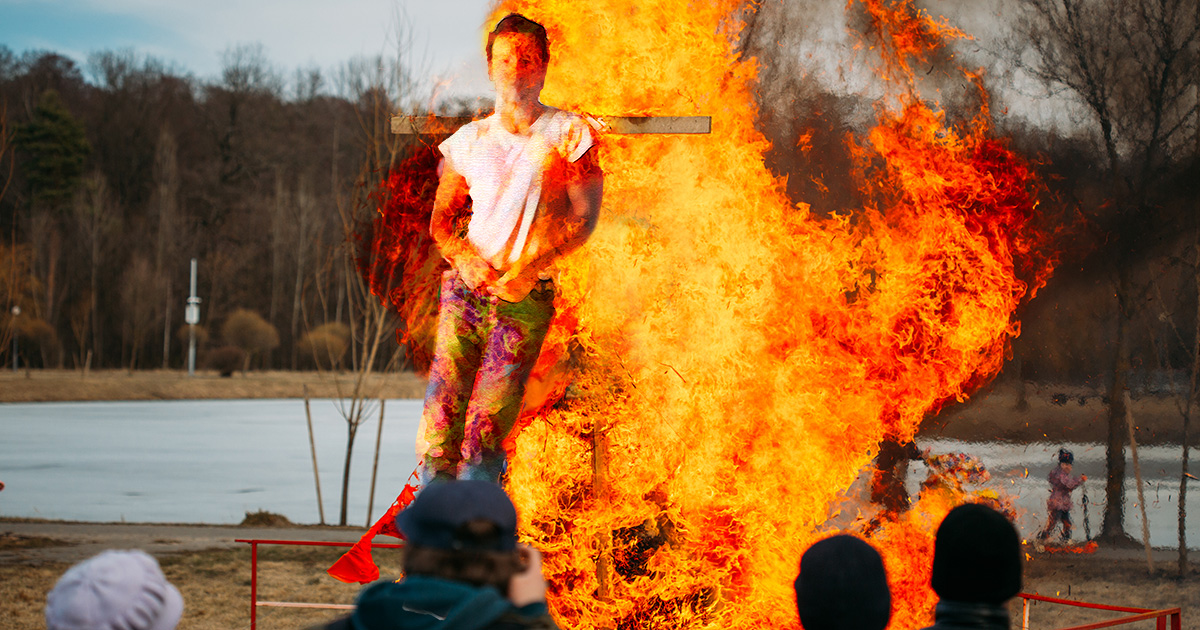 SCRANTON, Penn. — The Menzingers offered yesterday a handful of stamped timecards taken from a local factory to a life-sized effigy of fellow nostalgic songwriter Bruce Springsteen, according to sources who “totally get it now.”

“I was walking to work through the park and caught a whiff of this God-awful smell. That’s when I looked over and saw this giant papier-mâché thing or something on fire over by the pond,” explained local punk and professional dog walker Dalia Cruz. “I couldn’t really get a great look, but it was definitely wearing some well-fitted blue jeans and had a red handkerchief in the back pocket. Those Menzingers dudes were throwing paper on it, and I heard one of them ask a single dad for a lock of his hair. Those guys have really changed.”

“We’ve had some good years under our belts, and if you think that’s a result of luck, or just a ton of hard work, you couldn’t be more wrong,” he stated. “It’s a result of luck, hard work, and a bi-annual offering of tidbits from the everyday people of America just trying to figure out when exactly they stopped being kids. Plus, if we stop now, our careers will fall to shit, and there’s a good chance the moon will stop moving. It is what it is.”

While the semi-annual offerings have led to a fruitful career for the band, some worry the esoteric practice may yield unwanted consequences.

“Now, I’m a reasonable woman — I’m not gonna stand in the way of anyone attempting to find success by appeasing a benevolent force with a sacrificial offering every once in a while. I mean, what kind of manager would I be if I did?” said Topps Company assembly plant floor manager Belinda Delvecchio. “But we’ve had three people in their late 30s ask for a week off to go on something called a ‘punk cruise,’ and I’ve had to turn down countless invites to open mic appearances.”

“I also wonder if those guys even have the right kind of factory workers. We package baseball cards and Ring Pops here. The glass factory is a ways down the road,” she added.

At press time, May and his bandmates were searching for detention slips to place on their “Breakfast Club” shrine.