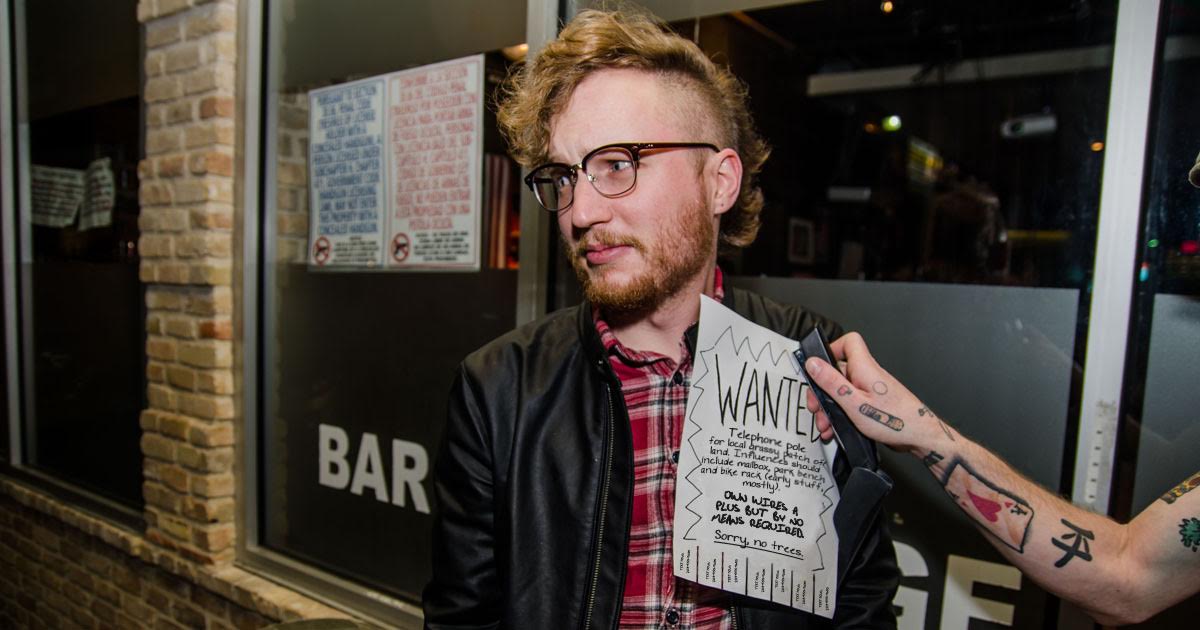 NEW HAVEN, Conn. — Members of the street team for City Councilwoman Lynn Fernandez stapled a flyer yesterday with the heading “Telephone Pole Wanted” to the back of local bassist Eric Emberley, witnesses confirmed.

“It stings a bit, but I understand the logic,” Emberley, of the garage-punk outfit The Redundos, said. “Bands looking for new members will sometimes stick flyers on nearby telephone poles… why wouldn’t it work the other way around? I honestly don’t know where telephone poles even come from, but finding a drummer who isn’t a total flake isn’t exactly easy, either.”

Fernandez defended her controversial, albeit groundbreaking, decision at a press conference.

“These are tough economic times, and the city needs telephone poles. It’s just easier if we can get the telephone poles to come to us. I have to do what’s best for the great city of New Haven,” said Fernandez. “My flyering campaign went all over our fair city. Bassists, drummers… even people who just give lessons, all had my flyer stapled to them.”

When asked why Emberley was specifically chosen, Fernandez replied, “Well, for one, he doesn’t drive, which means lots of sidewalk foot traffic, which, in turn, means the ad gets seen by more possible telephone poles. Plus, like a lot of musicians, it seemed like he could use the tetanus shot.”

The flyer, affixed to Emberley’s shoulder, reads as follows:

“WANTED: Telephone pole for local grassy patch of land. Influences should include mailbox, park bench, and bike rack [early stuff, mostly]. OWN WIRES A PLUS BUT BY NO MEANS REQUIRED. Sorry, no trees.”

So far, the dubious tactic has been largely unsuccessful, with only a scant few of the flyer’s contact info tabs taken. “Mostly by me scratching it against stuff to try and get it off,” Emberley bemoaned.

However, Councilwoman Fernandez remains optimistic that telephone poles will soon be calling.

“If this works the way I hope it does, I know exactly how the city will get those extra coffeehouse bulletin boards we desperately need,” she said, eyeing an open mic of local, acoustic singer/songwriters and gently caressing her stapler.