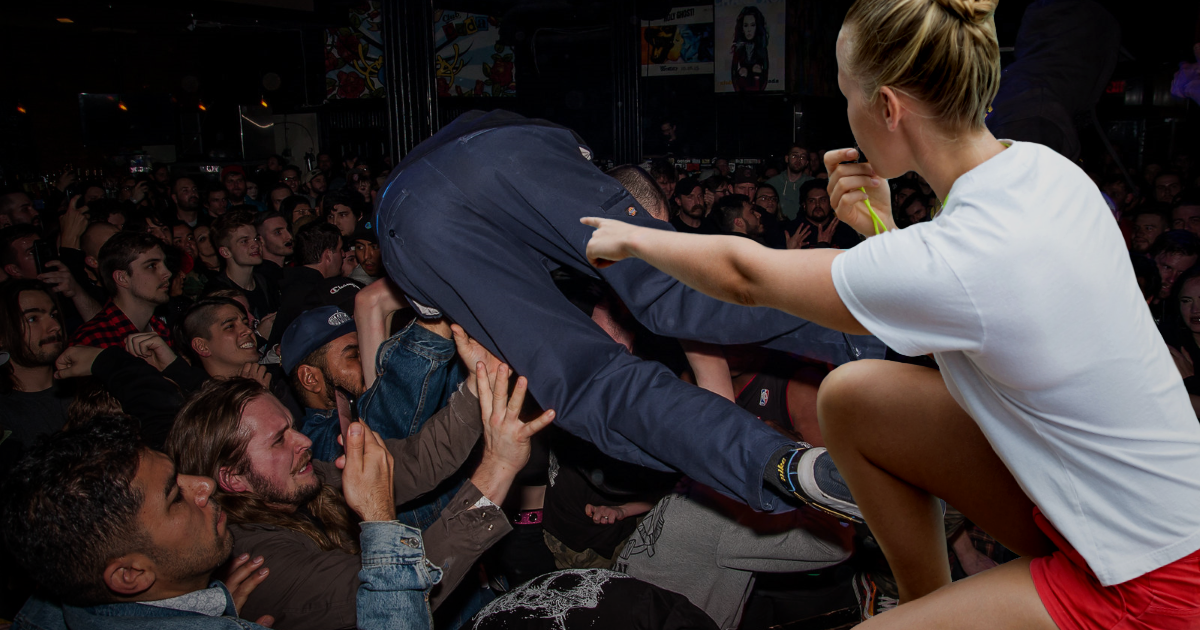 SAN DIEGO — Surf rock enthusiast Caleb Hoffmeister was rescued last night by an on-site lifeguard after getting caught in the current of a sudden circle pit at a show, relieved witnesses confirmed.

“It all started out pretty calm,” said Hoffmeister, recovering from the scare by the bar. “I was just watching Boatercade’s set and kind of getting into it… I even pogoed a bit. But before I knew it, a huge circle pit broke out right next to me and I got sucked in the riptide. You always hear about these types of things happening at surf rock shows, but when you find yourself in the middle of one, man… there’s no way to prepare for it.”

The pit, described as “gnarly” by show attendees, has long been a recorded occurrence during fast guitar riffs. Venue management actively encourages customers to educate themselves before approaching the edge of a pit.

“We’re all here to have fun, but people should always be cautious of and vigilant near circle pit currents,” said bar manager Terry Klein. “We’ve taken all the proper precautions — like posting signs reminding everyone to tie their shoes tightly, and warning patrons to be aware of their skill level in the pit. We see way too many people try to stage dive before they can even crowd surf.”

Indeed, the venue has taken the additional step of installing lifeguard stands on either side of the stage, which are inspected prior to every show. Carolyn Voss, the lifeguard on duty at the time, gave her perspective of the job.

“I probably save two or three kids a month from a wicked strong pit current, but that’s nowhere near as bad as it can be. During the Dick Dale disaster of 2011, I had to save a half-dozen fans from a freak pit occurrence back by the merch tables,” said Voss. “Still, we have to look out for ourselves out there, too — more than a few times, I’ve had to back off from a panicked surf rock fan who would’ve dragged me into the pit with them. But that’s just a part of the job.”