Sunn O))) Guitarist Finally Admits That Third ) Was a Typo 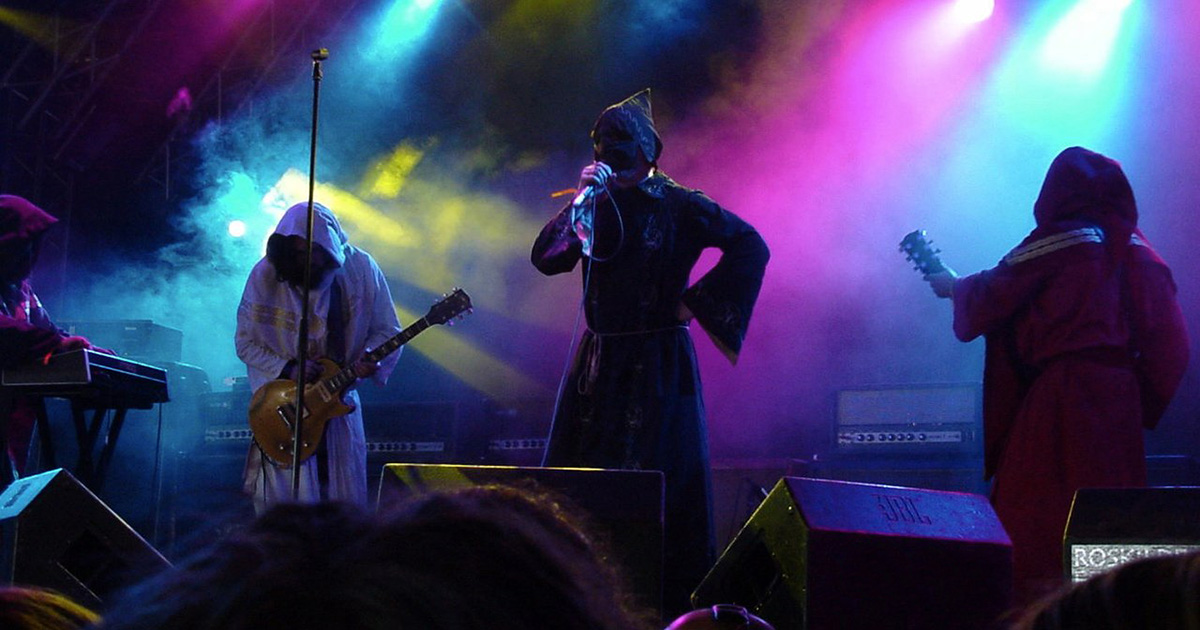 SEATTLE — Longtime Sunn O))) guitarist Stephen O’Malley stunned fans when he revealed the band’s name has had a glaring typo since their inception in 1998, sources close to the musician confirmed.

“We argued about the name forever. Greg wanted to put an umlaut on an upside-down cross or the Prince symbol or something. I suggested ‘Earth’ several times, because that band is awesome. But after months of debate, we gave up and just agreed to steal the logo on our amps,” said O’Malley while picking up his cloak from a local dry cleaner. “Years later, I was looking at an old tour poster and suddenly realized: I’d made a huge mistake. The Sunn logo only has two parentheses at the end, and here we are with three. It’s just embarrassing. I was able to fix it on some of our new gear, but we can’t afford to reprint all of our records and merch.”

Fans of the band, a group known for staring at album covers too long, were dumbfounded by the guitarist’s statement.

“I couldn’t believe it,” said Melvin Johnson, longtime drone metal fan. “‘ØØ Void’ is one of my favorite albums. I’ve probably seen that logo a thousand times. Then, suddenly I was like ‘Whoa dude… that is negative space…’ Hold on… does that mean my tattoo is wrong? You still just pronounce it ‘Sun’ right? Or is it ‘Sun Oh?’ Oh god. I feel like my entire life has been a lie.”

Conrad Sundholm, one of the creators of the legendary Sunn amps, was unaware that the band had been using his trademark for years.

“Wait a minute, are you telling me that someone stole our logo? I’m surprised nobody ever told me. I mean, those aren’t even parentheses. It’s a symbol, it’s not meant to be typed out. They’re just like sunbeams or rays,” said Sundholm. “I guess I’m flattered, but I was hoping their music was more of a tribute to the gear I created. I’m not exactly sure what they are supposed to be. I guess those are guitar sounds, but I prefer Steely Dan”

Following O’Malley’s admission, bandmate Greg Anderson shared a confession of his own: “I use an O and a zero interchangeably when spelling our name. I’m not sure which one is correct.”