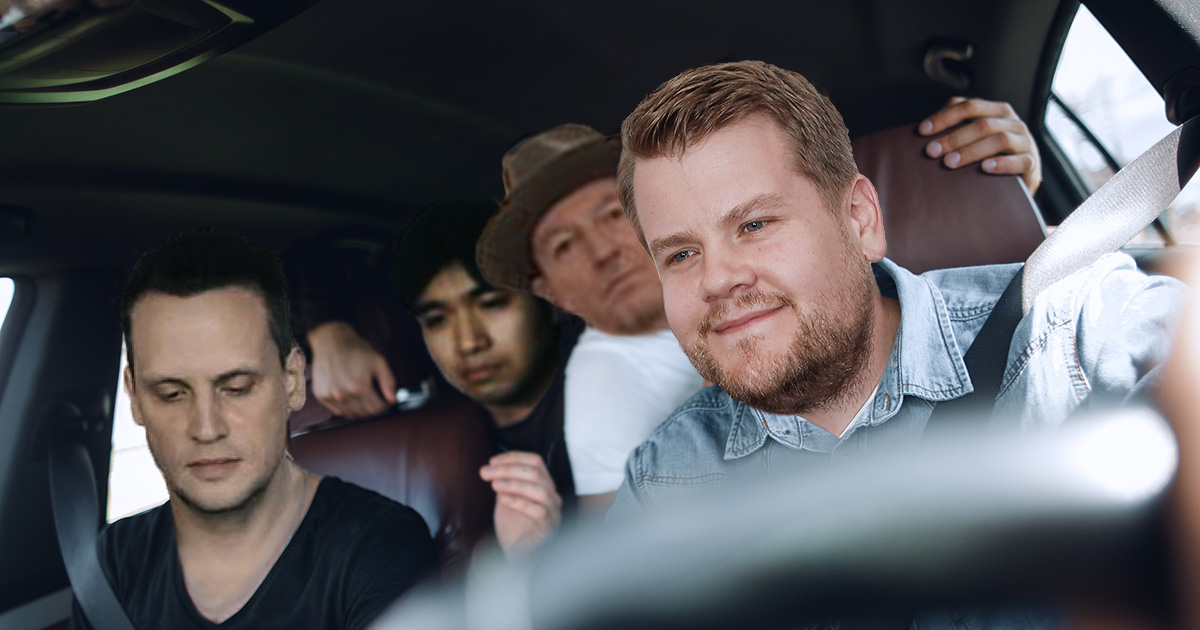 “There’s something about driving through the Midwest, past all those empty fields,” Kozelek said in a pained, minimalist talk-sing cadence. “The vast sameness to it all. It makes you confront the reality that this is the cloth you’re cut from — that this who you are, and who you always will be.”

“And there’s no one I’d rather share that with than the great James Corden,” he added. “That dude just cracks me up, man.”

The “Carpool Karaoke” road trip, which took the duo from Massillon, Ohio to Rockford, Illinois, was not originally intended to last more than half an hour. However, once the pair got on I-90, they were reportedly making such good time that Corden’s scheduled itinerary gave way to Kozelek’s stream-of-consciousness style.

“Before I could even ask him about his epic beef with the War on Drugs, we started singing ‘Carissa,’ and I lost myself in the sadness of the lyrics,” Corden said. “How can life be so heavy, yet so fragile? How can people find peace, while being beaten down by scraping by in the post-industrial 21st century Rust Belt? I snapped back into reality three hours later when we stopped for gas at a Mobil in Gary, Indiana. Mark bought some Bugles.”

Although Corden described the experience as “transformative,” Late Late Show producer Michael Kaplan criticized the segment for breaking with the typical 15-minute format — as well as being “deliberately abrasive” and “barely even karaoke.”

“At one point, they stopped singing actual songs and atonally chanted the word ‘Ohio’ over and over again,” Kaplan said. “But that might also be something off Kozelek’s newest album. I tried asking him about it afterwards, but he just called me a cocksucker and left.”

Kozelek’s viral promotion tour continues next week, when he will appear on an episode of Hot Ones that host Sean Evans described as “achieving a deep, emotional pain much more searing than any chicken wing could ever reach.”