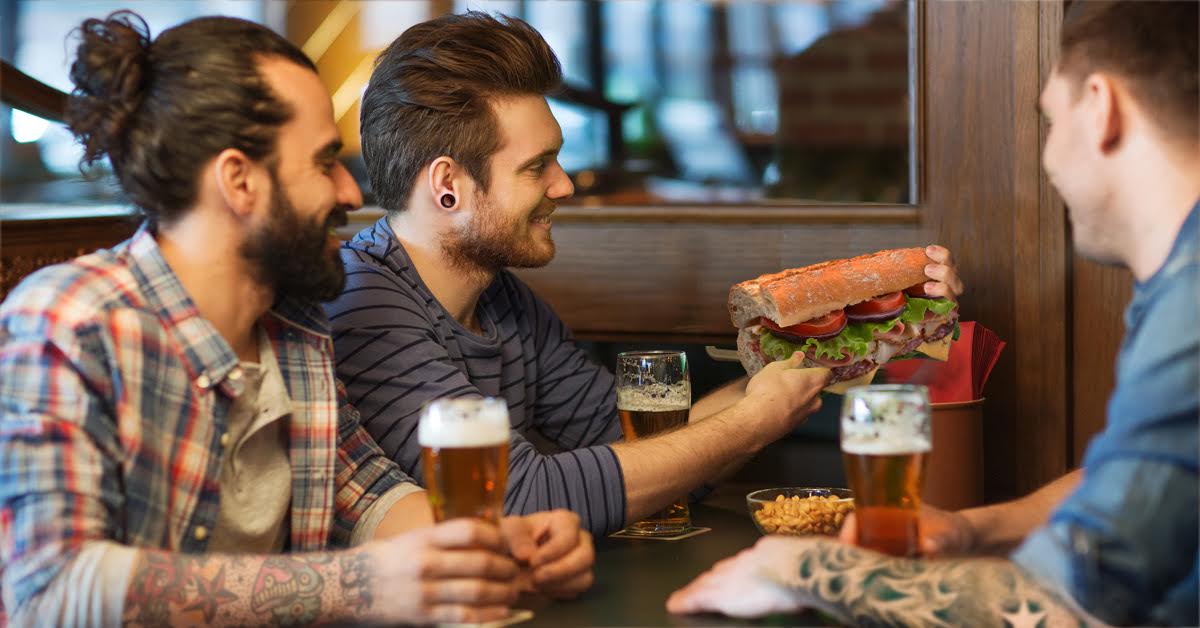 GREENVILLE, NC – Southern hardcore bands The Struggle and Dead Broke have announced plans to split a limited edition, 7″ sub from a local Sheetz gas station, hoping it will help them continue their financially precarious tour.

After careful deliberation, the bands chose to order the Independent, a limited-pressing hoagie from the legendary Greenville, North Carolina Sheetz location that has provided food for such bands as Floorpunch, One King Down, and Terror.

“We had a lot of factors to consider,” said Dead Broke frontman Aaron Vaughn, salivating wildly during sandwich preparation. “Were we going to have the 7″ made at Subway, or somewhere else? Quiznos was our preferred option — but is out of our price range right now, and we were worried about the wait time — so we decided on Sheetz.”

The 7″ sub is expected be housed in high-end, Sheetz screen-printed wrapper, and will feature the last honey oat bun available. Additionally, the sandwich will contain nearly-expired black forest ham, six pieces of cucumber, and a Sriracha Italian dressing, which is a Sheetz-exclusive topping.

The tour, which has already been deemed an abysmal failure by all involved, has maxed out the minimal funds each member set aside, with the exception of the $2.99 needed for the rare, one-time sub all members will be splitting for dinner. Along with the 10 members of the bands, The Struggle and Dead Broke will have to split the sub with the handful of “roadies,” who have already consumed most of the snacks.

Despite their issues through a mere three full days of touring, The Struggle and Dead Broke have agreed to press on to complete two more dates in Richmond, Virginia and Raleigh, North Carolina, both at the infamous “TBA” venue.