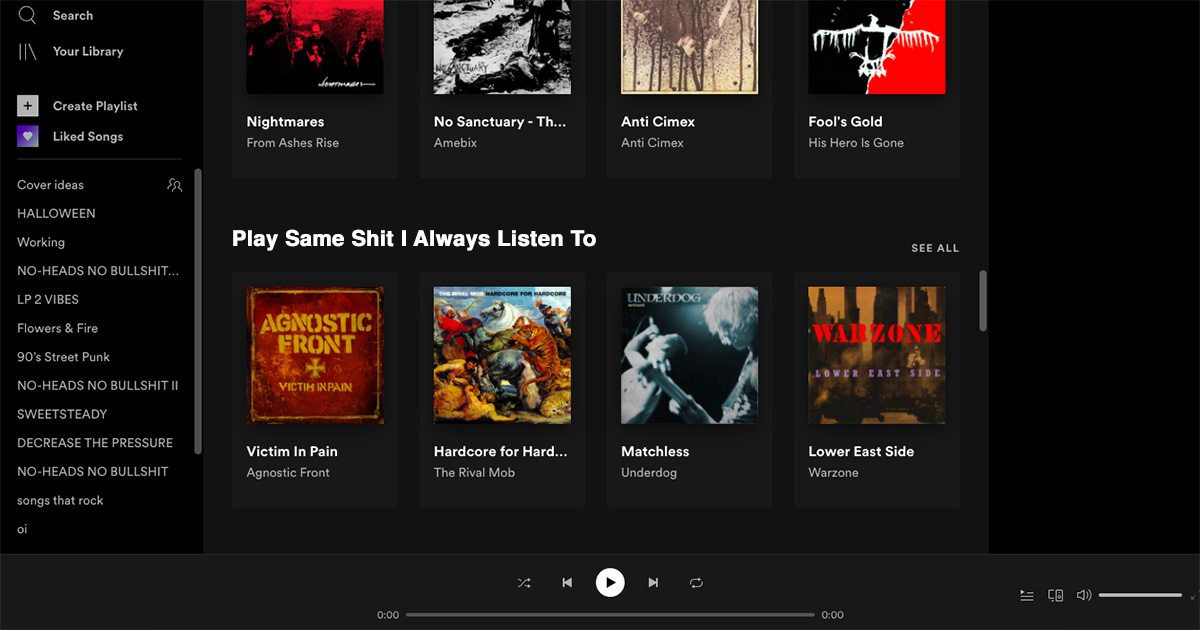 “We want Spotify’s UI to feel as user friendly as possible,” said Spotify UX Developer Noah Johansson. “The feedback we’ve gathered is that there’s nothing friendly about a tab that’s always staring at you and making you feel bad about not supporting young artists or only listening to one genre, sometimes even only one band. No one wants to feel like their music cred is being judged every time they open our app, so we got rid of the damn tab and replaced it with the shitty playlist you made when you were 15.”

Spotify users who found keeping up with new music to be exhausting were receptive to the change.

“I worry that I sound like my parents right now, but I’m too tired to discover new music. I don’t want to memorize lyrics or learn song titles that are totally different than what’s in the chorus,” said Spotify user and woman who’s most streamed album is still Incendiary’s “Cost of Living.” “To be honest, I don’t even have the energy to go to a show at a venue that doesn’t offer some type of seating. I know I’m not alone in that, and this new tab sees and respects that about me.”

While many artists depend on Spotify’s discovery algorithm to build their audience, some smaller bands expressed support for the innovative new tab.

“We’re an obscure indie band with a tight knit group of die-hard followers. We don’t want mindless mainstreamers listening to our music because it’s not for them,” said lead singer/sitar player Vichyssoise Black from vegan straight edge screech pop Simpsonswave cover band, LARPing Wish. “The fewer people that discover us, the better. Go on, listen to your Len singles, you basic nostalgia monkeys; we’ll be here not making money on Spotify as people who value not selling out, or selling anything, for that matter.”

As of press time, Spotify’s share price surged on news that they will sell you back your high school iPod for $900.