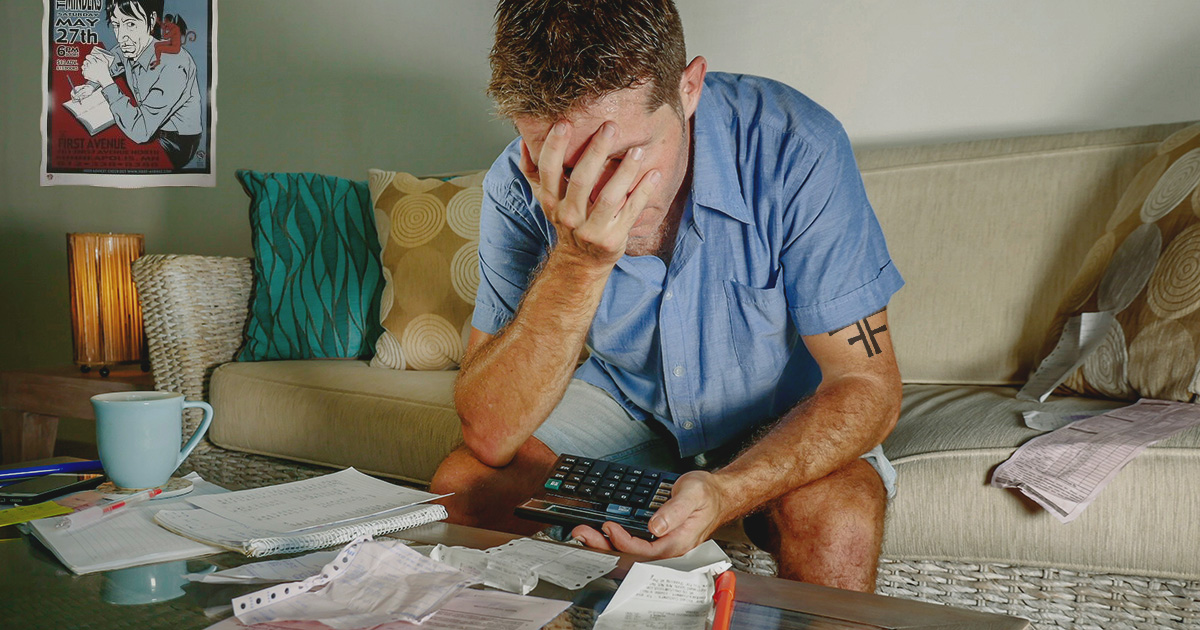 “I released my first EP this year, and I’m really proud of it, but it wasn’t cheap,” Oldham said. “There was the cost of equipment, studio time, and mixing… but none of that compared to the money spent cultivating the long-term relationship whose prolonged, inevitable collapse was the real emotional backbone of this EP.”

“I spent $150 on apology wine and journals alone, but you just can’t beat the sound that kind of authentic trauma gives you,” he added.

In contrast to Oldham’s 2017 taxes, in which he owed the IRS $2,500 after “just giving the whole thing a rough guesstimate,” the self-employed songwriter is making a concentrated effort to be more organized.

“It’s the difference between an amateur and a professional artist,” Oldham said. “Any half-ass songwriter can double down on an inherently flawed relationship so they can eventually mine that wreckage for content down the road — but a professional will take the time to itemize that failed relationship so they can protect their profit margins. That disastrous weekend trip to her parents’ house where I got hammered and started crying? That’s absolutely a write-off: it inspired tracks two through five, and the last half of 10.”

While Oldham believes his newfound accounting savvy signals an important step forward in his career, others remain skeptical.

“He’s spending all that effort on his fucking taxes?” said ex-girlfriend Carly Roe, the inspiration for the track “Drunk on Carlywine” on Oldham’s EP Baggage Claim. “This is the same guy who was too lazy to buy a second pillowcase for me to use when I slept over at his place. He bought me soap for my birthday, but now he’s hiring a CPA? Cool. Cool. Glad to hear he’s doing well.”

When asked if he was worried about a potential IRS audit, Oldham replied, “That’d probably also be a fun song, actually,” before scribbling “Space Audit-y???” into a half-filled notebook.