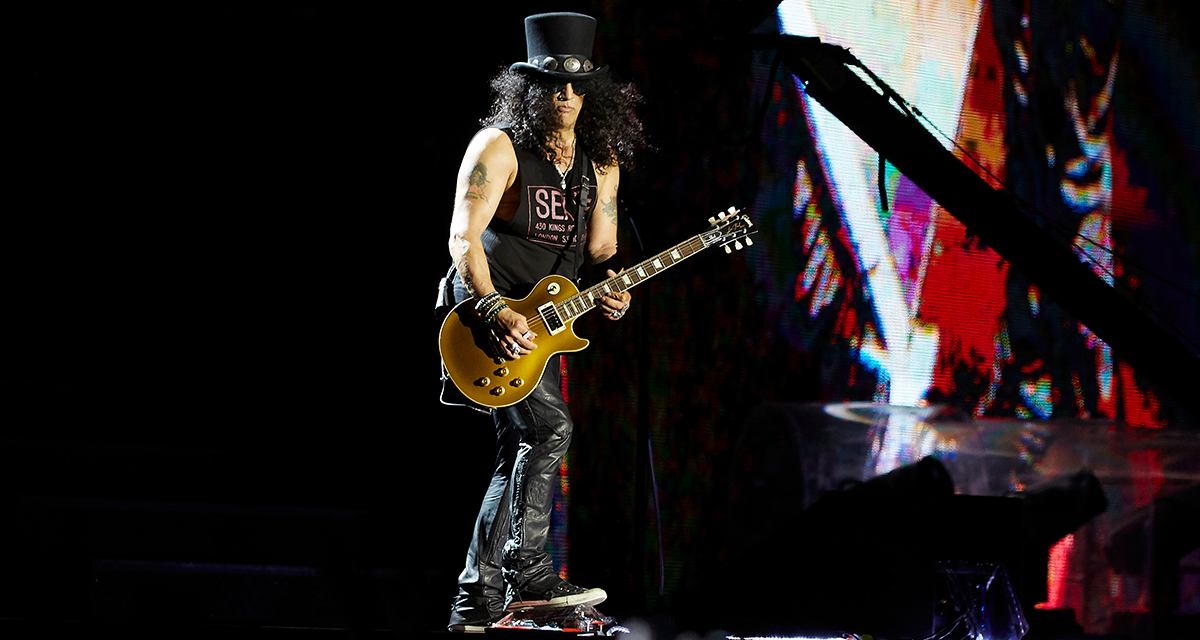 WASHINGTON — The Smithsonian Institute presented guitar icon Slash with the rare opportunity of performing while wearing the exact top hat Abraham Lincoln had on the night he was assassinated, multiple outraged sources report.

“It’s a wicked honor to be able to wear such an iconic top hat, history was made in this hat not once, but twice,” Slash said while adjusting his poofy hair under the historic cap. “I feel like I’m honoring one of the greatest American presidents with a 12-minute solo and everything is made better because the hat is aesthetically pleasing as well. They told me it’s a good thing I quit smoking too because they didn’t want any extra holes burnt into it. I just felt like I was channeling Honest Abe the entire time I was rocking, though I had a weird urge to look over my shoulder the entire time I was wearing it.”

Gail Stenson was present front row and center for the historic performance and felt a little uneasy about the decision to let the guitar god wear the assassinated president’s hat.

“I was given free Guns N’ Roses tickets and was a bit reluctant to go in the first place,” Stenson stated. “When they announced Slash was wearing the same hat Lincoln was killed in, I felt even more uncomfortable than I was prior. I mean sure, they’re both recognized for wearing tall hats, but come on, a man was killed in that hat, but after seeing the thing in person I sort of get why he was shot. If you were sitting behind him at Ford’s Theater that night you wouldn’t have been able to see shit. At the end of the day, I just wish they gave it to someone with a better reputation than Slash, like Jamiroquai or something.”

Curator at the Smithsonian Institute Roger Fellows gives a little insight into the history of musicians using presidential artifacts during certain performances.

“It seems like many individuals are making a fuss about the Lincoln/Slash performance, but little do people know, this sort of thing happens quite often,” Fellows said while stepping down from a tall bookshelf. “Very few people are aware that prior to Bruce Springsteen’s DWI, he had been drinking bourbon straight from president Grant’s personal flask. Also, nobody knows that those are Eleanor Roosevelt’s prized handkerchiefs hanging off Steven Tyler’s mic stand. The artifacts in the Smithsonian are fair game to anyone with enough money to pay for them.”

At press time, it was said that Axl Rose had to cancel a show the next day after reportedly being stuck inside president Taft’s bathtub again.