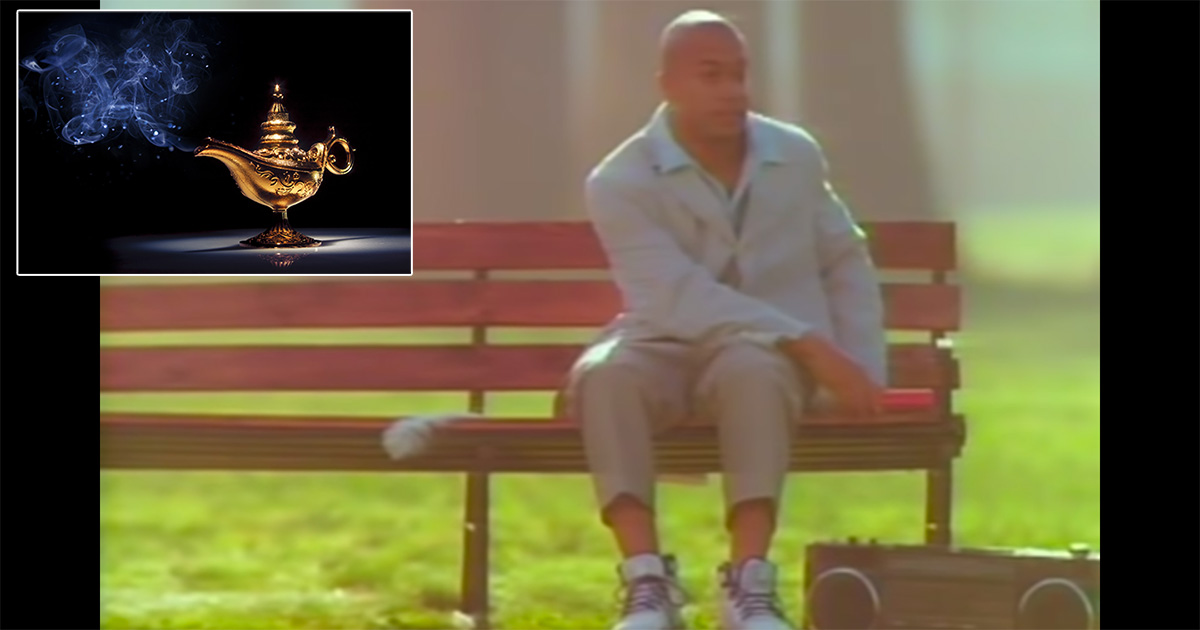 “I’ve been preparing for this moment for decades,” said Skee-Lo before calling for the very first time the brand new “girl who looked good” he’d wished for. “Luckily, I had all my bases covered, and already prioritized my top three wishes back in the mid-90s after getting inspired to do so while seeing the genie in Disney’s ‘Aladdin’ all by myself in theater. Anyway, my friends and family are going to flip out when they see me a little bit taller. Can’t believe I’m like six-foot-nine now!”

The 10,000 year-old genie was floored to find someone so well-prepared for the occasion.

“As an immortal supernatural entity who’s been granting wishes for centuries, I’ve never in my existence seen anyone rattle off three wishes as fast as Skee-Lo,” said genie Djustin the Great, while wiping down the countless smudges on his golden lamp and living accommodations. “Almost 100% of the time a participant will just immediately ask for more wishes, which then catapults me into an exhaustive loop where I must keep granting their requests until they realize I am not the answer to their problems and more wishes will never relieve the pain of their existential prison. So it was refreshing to come across someone like Skee-Lo, who didn’t take advantage of the glaring loophole in my wish-granting system. What a guy.”

Experts have continually stressed the importance of identifying personal aspirations.

“You should always set small, reachable goals for yourself,” said life coach Gladys Florencia. “However, you want to avoid vague, or frankly, unattainable wishes, like ‘get good at basketball’ or ‘buy a house.’ And always be careful when wishing for superficial things — sure, today you want a ‘64 Impala, but think about the maintenance costs, lousy gas mileage, and the fact that you’d still probably be equally as miserable with a Prius anyway.”

At press time, Skee-Lo was granted the remainder of the wishes from his list after coincidentally stumbling upon a generous wishing well while holding a pocket full of loose change.