Ska Frontman Whitens Every Other Tooth 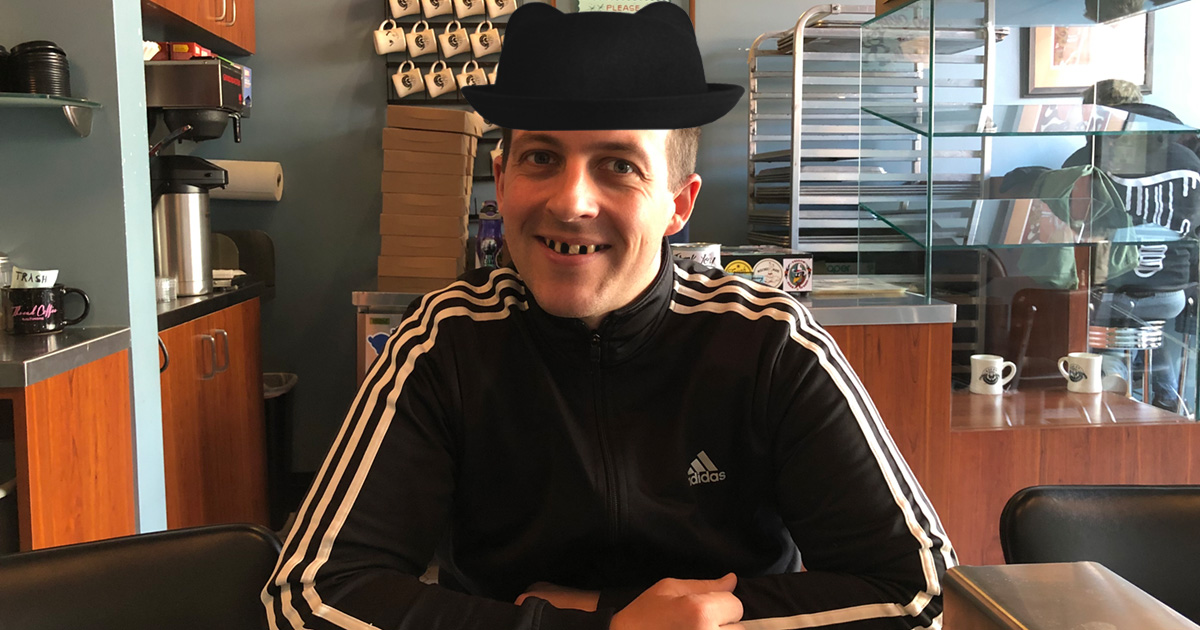 “[Carpenter] has always been more committed to the rude-boy lifestyle than anything else,” said ex-girlfriend Shawna Kim. “He once had this Dalmatian-breeding phrase, but when none of the puppies’ coats had a perfect two-tone pattern, he got in trouble for spray-painting their fur. When I saw he bleached his teeth into a fucking checkerboard, I knew I made the right decision leaving him.”

Carpenter claimed he has “zero regrets” about the procedure — which included an LED teeth whitening kit to lighten some teeth, as well as picking up smoking to exaggerate the contrast.

“Look, I’m not delusional,” Carpenter explained, between his ninth and tenth pack of the day. “I know most music fans aren’t into ska these days. That’s exactly why I’m so committed to displaying its anti-racist message the best way I can think of: by flashing the signature, black-and-white checkerboard whenever I smile, eat, or open my mouth to yawn.”

“Plus, it matches my belt,” he added.

Carpenter’s bandmates, however, are concerned a similar cosmetic procedure may be forced on them next.

“I caved to pressure from [Carpenter] a while back,” trumpet player Luis Rodgers admitted, showing off a Walt Jabsco tattoo on one arm, and full checkerboard sleeve on the other. “He’s really passionate about ‘repping the lifestyle for ska-natics everywhere.’ And there’s no other band who needs a trumpet player in a 50-mile radius, so I’m pretty much stuck.”

Bassist Kiki Murillo, who keeps a spare pair of checkerboard, slip-on Vans on her person at all times, was initially excited for Carpenter whitening his teeth.

“I thought he was trying to clean up a little bit,” Murillo said. “You know… broaden our appeal. Maybe even finally integrate some musical influences beyond The Specials. I couldn’t have been more wrong.”

Murillo added her biggest success so far with Carpenter was convincing him to do a ska cover of Subhumans’ “Black and White” — which she admitted was “good progress for him, but a truly dogshit version of the song.”