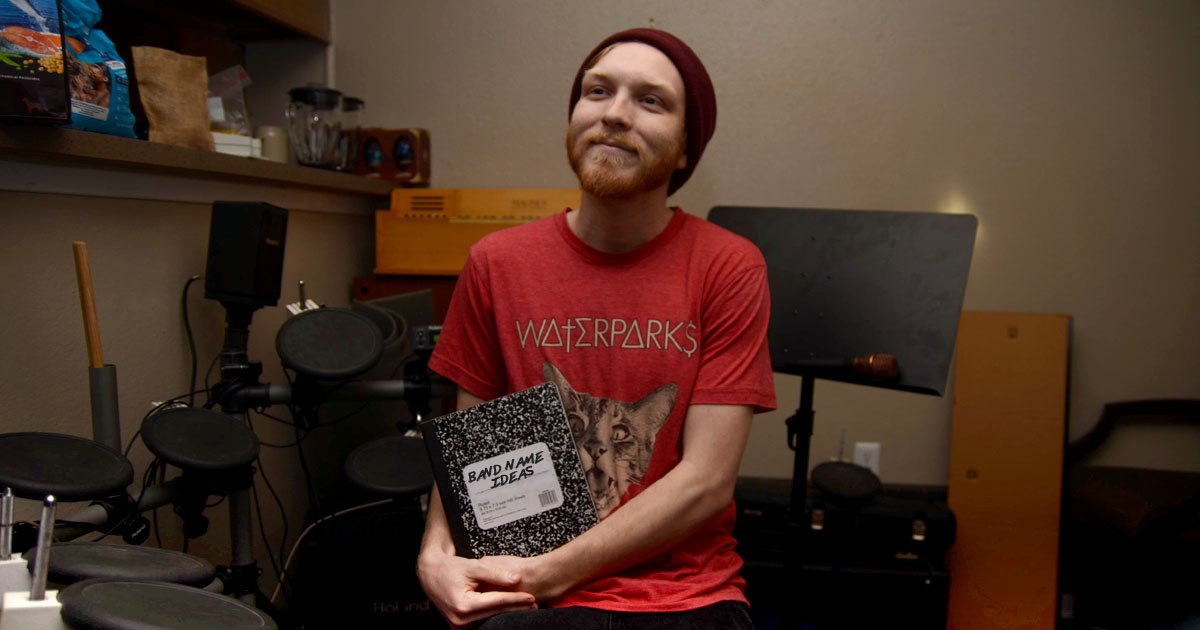 OLYMPIA, Wash. — Local punk frontman Dylan Fremont revealed today that he was waiting to “meet the right guys” before offering his most special gift: his perfect band name.

“I can only give up the name once, so I really wanna wait until it’s… I don’t know. Special,” said Fremont, kissing his girlfriend of four years as she left for work. “Some guys just give it up right away, and it’s like, kind of sad. There’s a lot of pressure on kids these days to have bands with really great names. I mean, what’s the rush?”

“I have to admit, I have been close a few times before. I thought I met the perfect rhythm section last year, but the drummer relied heavily on a China cymbal and the bass player used a pick,” added Fremont.

Fremont’s current bandmate and keyboard player Mark Simms admitted he was upset by Fremont withholding the “perfect band name” from him.

“Well, that’s his thing, and I respect it… but sometimes I think, like, why aren’t we good enough? I always thought we had something special,” said Simms. “I want Dylan to go at his own pace and know that I support his choice, but I hope that maybe one day he’ll see that I’m worthy of being in a side project that uses his perfect band name.”

DIY expert Dianne Miankis noted that more and more young musicians are delaying giving their band a great name that everyone will love.

“Once the band name is out there, you can never take it back. So many people look at their first band and realize how big of a mistake it was wasting a name like Municipal Death Index on a bunch of guys who just sit around getting stoned all the time,” said Miankis. “People want to be sure they have a lasting bond with their bandmates that could span at least three full albums and a few EPs.”

Fremont later said that, in the meantime while he’s abstaining, he would continue to tour with his current band under their placeholder name, Vladimir Poontang.