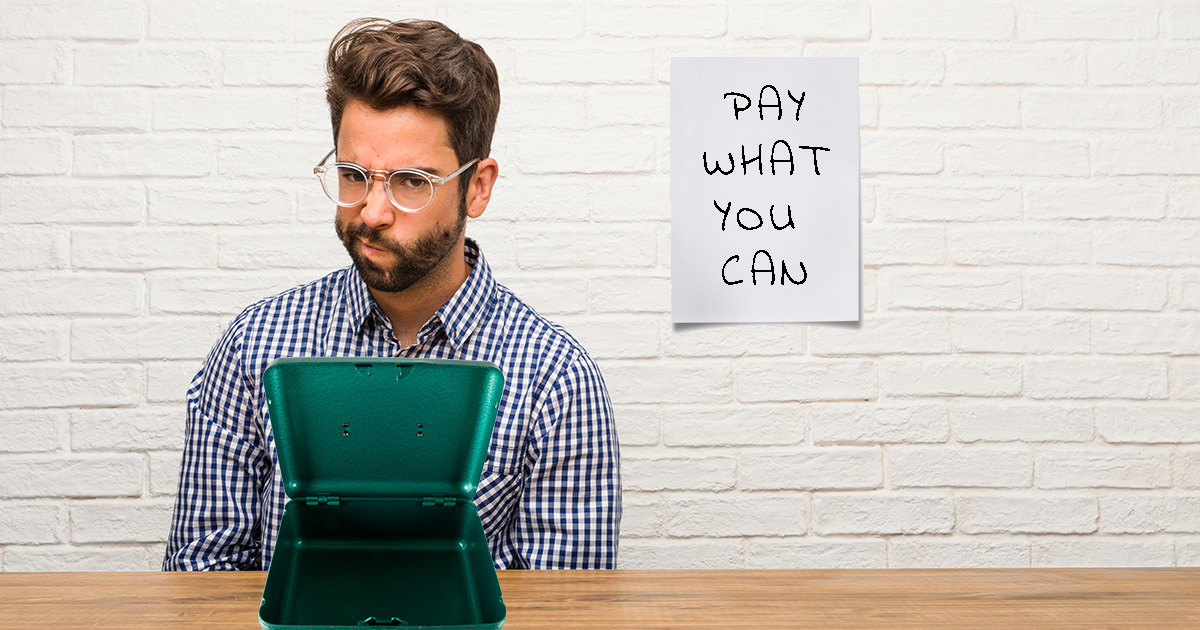 SEATTLE — Local promoter Josh Ward who was wildly optimistic about their audience’s willingness to “pay what you can” was left sorely disappointed following a show last Thursday evening, unsurprised sources confirmed.

“I’m in utter shock,” blubbered a flabbergasted Ward. “Either this city is going through an intense poverty crisis, or people simply don’t want to pay for our shows. But that can’t be right, right? Because that would mean most people want to pay zero dollars, which doesn’t help anyone. People should pay to each of their own ability, not to each of their own desire. It’s simply not possible that these shows are worthless.”

Ward manages the local venue Impromptu Bastard, where he serves as the booker, promoter, and self-booked performer.

“The place fits about 20 including the performers, bar staff, and myself,” explains Ward. “I like to think of it as intimate. We’ve been doing a new show, I call it The Soviet Showcase. The audience pays whatever they feel is appropriate, like how I always pay $1 when bands say you can ‘name your price” on Bandcamp. It’s called supporting your scene. So far, the show has earned no money, but I think people just didn’t know they could pay someone.”

To offset their losses, a jar simply labeled “$” has been sitting near the bar for weeks, but has mostly gone unacknowledged by patrons.

“People just put shit in it. Paper clips, batteries, condoms… I think I found the back half of a dead rat once, but no money, though. Not even change,” explained Xiomara Jimenez, the Bastard’s bartender. “It’s not like they don’t have cash. The bar made a killing last night. Everyone bought at least four drinks. It’s almost like they came here since that optional cover or whatever meant they could drink more. I had one group in here last week who mistook it for ladies night.”

At press time, Ward was trying to ameliorate the situation by distributing the items collected in the jar to the performers after taking a 75% cut “for overhead costs and various stuff.”