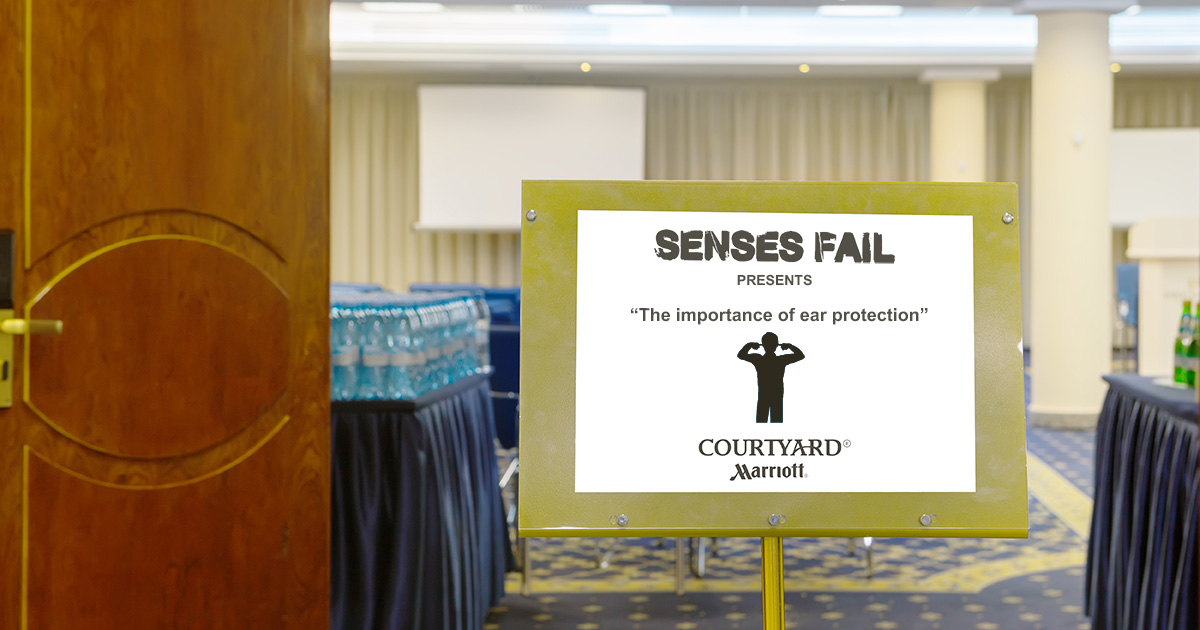 “We dropped our first EP back in 2002, which means our oldest fans are rapidly entering their 30s. Heck, maybe even mid-30s,” said lead singer Buddy Nielsen, who penned the band’s latest album, If There is Light, It Will Find You. “If we wanna keep them listening, we gotta act now.”

According to legendary hardcore ear, nose, and throat specialist Dr. Kacey Galvez, loss of hearing is among the many ailments long-time fans may experience with age.

“While signs of long-term show-going include poor neck mobility, fried vocal cords, and the emergence of beer bellies in ever-shrinking black T-shirts, increased difficulty of hearing may be the most common,” Galvez explained. “Scene veterans are often spotted cupping a gaged ear while yelling, ‘Huh?’ and ‘What’s that?’ over even the quietest of acoustic sets. However, it may be preventable for some.”

The band admitted the seminars seem to be their logical progression.

“We get it — our name is Senses Fail,” said guitarist Gavin Caswell. “But Buddy came up with it when he was super young, and he didn’t understand the trauma of actually having your senses fail you. It came from an angsty teenage musician. Also, I wasn’t even in the band then. I’m new.”

Topics to be covered include “Amp Distance Safety 101,” “How to Wear Earplugs Without Looking Totally Lame,” and “The Dangers of Q-Tips: Yes, They Feel Amazing, But We Read Somewhere That You Aren’t Supposed to Do That.”

News of the seminars have been met with a warm reception.

“Styles have changed a lot over the years,” said longtime fan Dirk Binder, 29. “That’s why I really appreciate the guys keeping their legacy alive by making sure the people who still listen to their music, can.”

Seminars are scheduled to take place in the conference rooms of select Courtyard Marriott locations, and reportedly come with a complimentary merch bundle, including foam ear plugs that read, “You’re Cute When You Scream…But Not In My Ears!,” a reference to one of their songs. Lumbar support seats and a sign language interpreter will also be available for the fans whose time is already up.