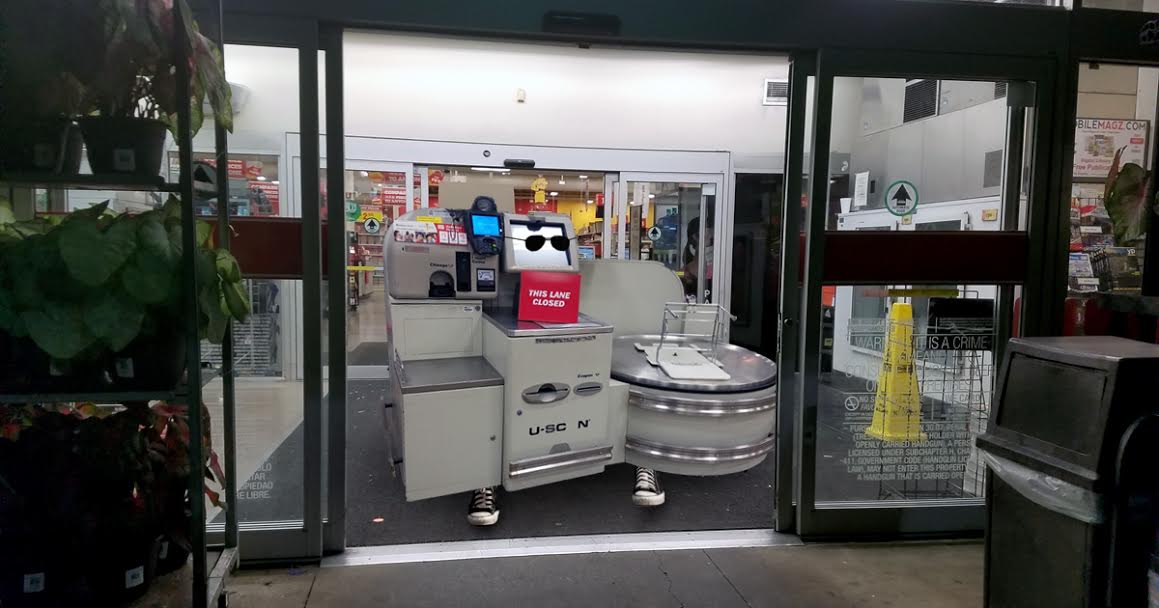 The machine, which goes by “C14” for short, is a longstanding member of local indie electro trio The Bigfoot Kings.

“The first question I get when my co-workers hear I am in a band is, ‘What do you play?’” said the 400-pound retail computer. “I am kind of a sampler-percussionist-producer type. It is, like, too tough to describe, really. I am trying to push the boundaries of what you think electronic music can be, and I can not do that and hold down this job.”

The unit went on to cite multiple reasons for terminating its employment, including that it was sick of covering for “entitled skin bags” — a possibly offensive term for human beings — on nights when The Bigfoot Kings are booked.

“Plus,” said C14, “it is just so thankless. Customers actually have the nerve to yell at me when they make a mistake.”

Members of The Bigfoot Kings are reportedly thrilled at the news.

“We’re so excited for ‘Big C’ to go full time,” said lead singer Harley Masterson. “We’ve got a tour coming up for our new Unexpected Item in Bagging Area EP. Plus, that machine can really handle finances, you know? We just have to make sure none of the venues have stairs. We can’t get it up any stairs.”

Friends of C14 report the unit has been working out its life plan for months. “I think I can hack out a living,” said the Japanese-made piece of robotic equipment. “I do not need much in an apartment, and I only eat $20 in electricity a month.”

For the managers of Empire Foods, however, the news is still sinking in.

“When we bought these, the sales person didn’t say anything about the 2012X series being able to quit,” said manager Bill O’Connor. “We have three other units still in the store; one of them does stand-up comedy and has been talking about moving to New York. It’d really hurt us if it left before we can get a few more machines in here.”

As of press time, the Redbox machine located by the east exit announced it would be switching to part-time in order to focus on school in the fall.