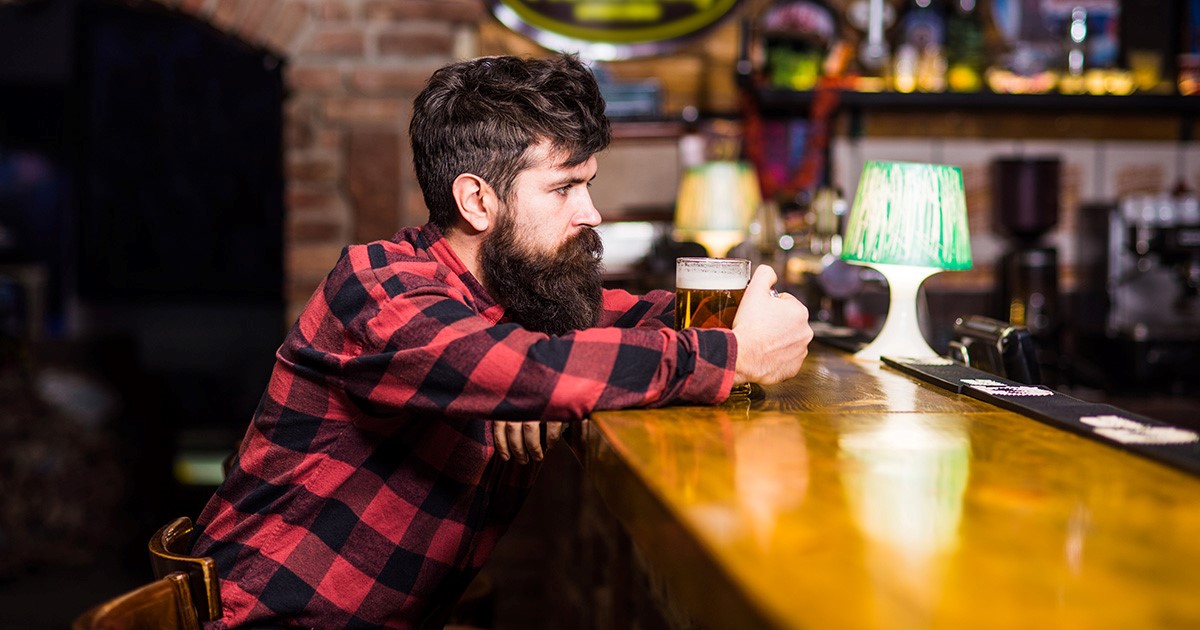 BAYONNE, N.J. — Rooney’s Tavern resident sad guy John Russo is reportedly nothing more than a lonely, pathetic alcoholic, despite matching the description of every subject in a Bruce Springsteen song.

“John’s here when the place opens and stays until closing,” remarked bartender and owner Bill Rooney as he called a cab for Russo. “He’s always here by himself and drinks silently while watching TV. I thought maybe he had some interesting stories about his past, but every time I’ve tried to engage him in conversation, he just nodded or gave me a one word reply. If I’m going to watch a guy drink himself to death, I’d appreciate it if he at least had some stories about getting laid off from the hammer factory or something.”

Those who grew up with Russo corroborated Rooney’s observation, noting that the 38-year-old has never left Northern New Jersey or engaged in any activity that would make him the type of working class hero Springsteen often sang about.

“People always ask me if John is drinking alone all the time because something traumatic happened to him, but that’s not the case,” noted longtime friend Frank Madigan. “His family was pretty typical middle class and really supportive: after high school he joined the Army, but they kicked him out after he couldn’t finish basic, so it’s not like he’s seen combat or the VA fucked him over. He’s always just been kind of a loser.”

Indeed, loved ones claim that at no point in his life has Russo even attempted to try and lift himself up from the cycle of failure and mediocrity, like so many subjects of the Boss’s classic songs.

“I think I might’ve respected him more if he’d turned to a life of crime — we live in Jersey, so it wouldn’t have been difficult,” said ex-wife Angela Rossi. “I told him my brother had some ‘connections’ and could help us out under the table, but [Russo] seemed resigned to working a series of dead-end odd jobs. I can respect someone who has never accomplished anything if they were at least trying, but John just seems content to live like this. If he hadn’t got me pregnant, I’d have never married him.”

Springsteen could not be reached for comment, but a spokesperson indicated that Russo was more of a “Bon Jovi type.”