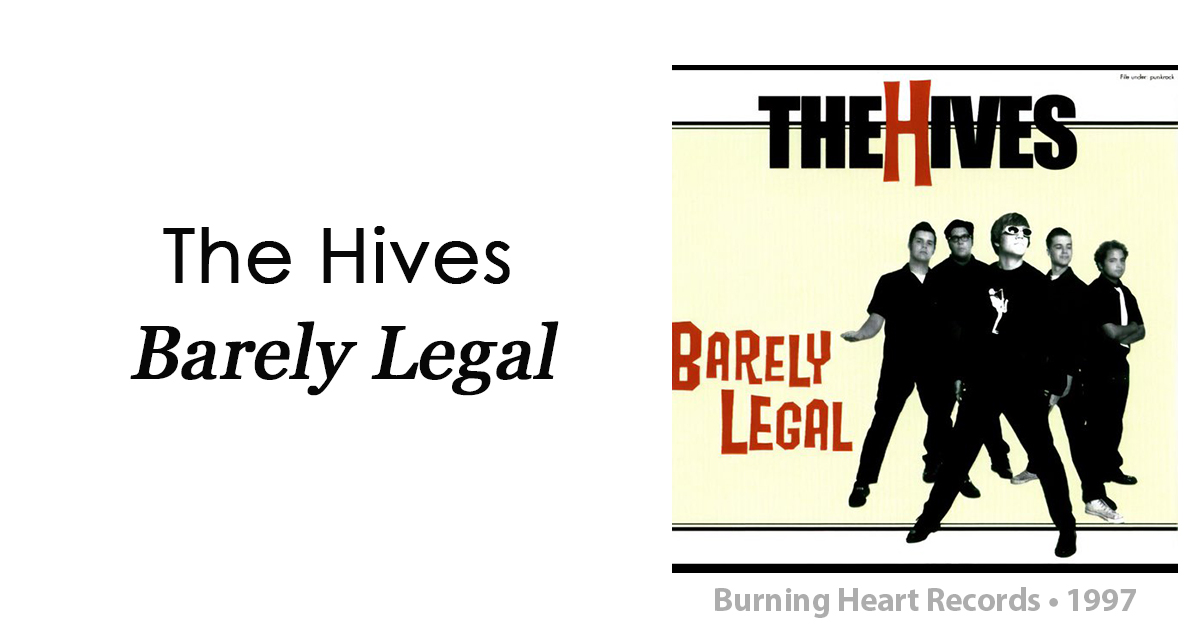 Each Sunday, The Hard Times travels back and reviews a notable album from the past. This week we’re taking a look at The Hives debut album “Barely Legal” which helped the band gain prominence within the early ’00s garage rock revival scene.

I am writing this against my will. I begged The Hard Times editors to recuse me from this review, due to the intensely personal nature of my relationship with The Hives. But, to my dismay, I was told I had to write it because, apparently, all of our other writers are currently “in jail” for “felonies” and the judge said my colleagues were “scum not fit for polite society,” whatever that means.

They pulled this same shit last month when it was somebody’s turn to do a 3,000-word P.O.D. retrospective.

It all started in the spring of 2003 when I was a senior in high school and had just asked Katie Amberson to prom. In retrospect, Katie wasn’t necessarily a catch. Actually, with her greasy jet black hair and ghostly pale complexion, she sort of looked like a cross between Meg and Jack White. But I was young and in love, and it was trendy at the time to look like the ghost of a Pep Boys mechanic.

To prepare for the big day, I headed downtown and picked out a striking black-and-white tuxedo (which I figured would match perfectly with Katie’s lifeless pallor). I was so excited by my purchase that I strolled out of the shop in the tux and started walking the streets, looking to turn some heads.

Just then, rather terrifyingly, a beat-up van screeched to a stop just a few feet away. To my astonishment, out stumbled four rowdy Swedes, wearing the exact same style of tuxedo! They took one look at me, yelled some drunken insults, and threw me in the vehicle.

Now, I don’t speak a lick of Swedish, but from what I pieced together over the ensuing years, their bassist had left them in the lurch by quitting the band that morning to take a job slinging meatballs at IKEA. Seeing a tuxed-up lad such as myself walking around, they understandably figured, “Hey, this guy’s already 80% of the way there. It’s just a fuckin’ bass. Let’s kidnap him!”

Thus, the next six years of my life were spent as the touring bassist for The Hives. Much like this review, it was a cruel and unusual punishment forced upon me with little concern for my well-being. Please, dear reader, I beg of you – release me from this unholy burden. Do not force me to continue writing about this band.

And don’t even think of asking me about the four years I inadvertently spent as the lead singer of The Vines.

Score: 2 out of 5 Swedish meatballs