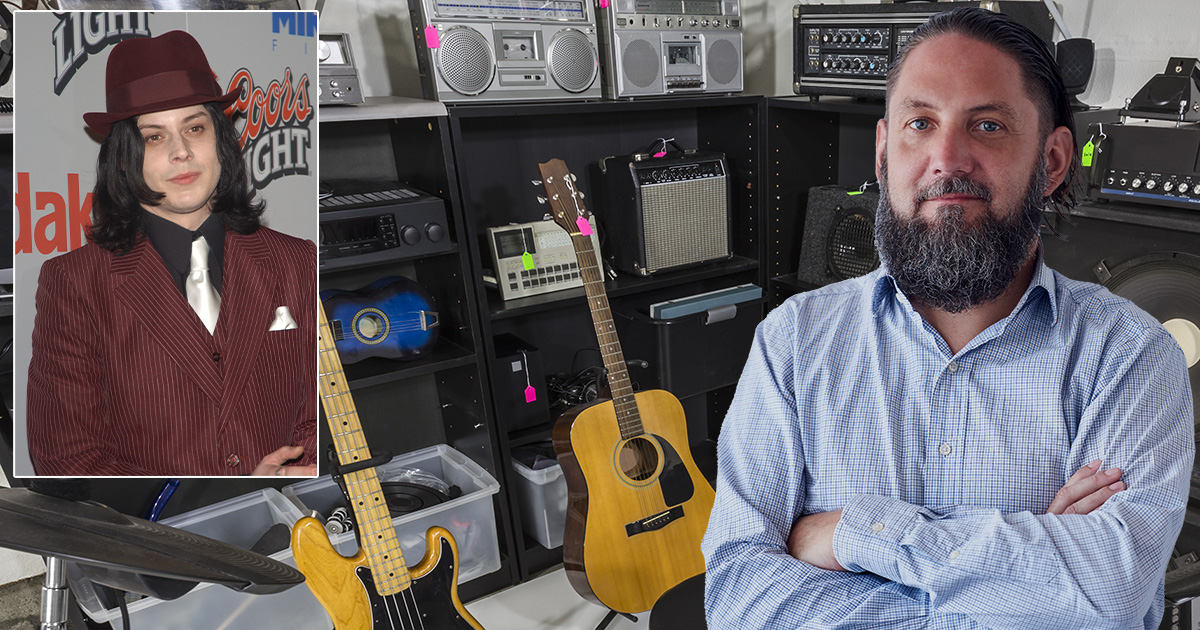 DETROIT — Gary Nedrow, owner and operator of Groovy Gary’s Swap Shop, deliberately marked up the price on a guitar amplifier his store had recently received after learning it was stolen from famous rock guitarist Jack White, several shady individuals report.

“When that 1970s Twin Reverb beauty came through the shop, I knew I could probably get $300 or so for it,” Nedrow explained while chain smoking inside his store. “But when the DPD showed up looking for an amp that was stolen from some famous guy and it matched the description of the one in my store, I figured what the hell, and jacked it up to a cool $3,000. I guess that dude played guitar for some big Striped Army band or something. Either way, a little price gouging never hurt anyone.”

Potential buyer of the “hot” amplifier Jason Ruhlman was a little upset by the sudden change in the asking price.

“This really sucks, man. I mean, I was just looking for a great little practice amp and at 300 bucks, I thought the Fender was a steal,” Ruhlman said while strumming his non-amplified Epiphone. “Then all of a sudden, the shop owner waddled over to the amp while laughing maniacally uninterrupted for several minutes and marked it up 100 times the original price right in front of me! I don’t think the owner knows who Jack White is though because he put a sign on the amp that said ‘Once Used By Jack Black.’ So unprofessional.”

“You would think most secondhand shops would have the decency to return stolen shit to their rightful owners, but 99.9% of the time, that isn’t the case,” Malcolm stated. “Like the time Dave Grohl’s stolen Les Paul ended up in a pawn shop in Boston. Some fucking guy walked off with it for trading in Kirk Hammett’s old guitar pedal. Not many are aware that these pawn shop owners never actually verify these claims, but jack up the price anyway. Absolute scoundrels.”