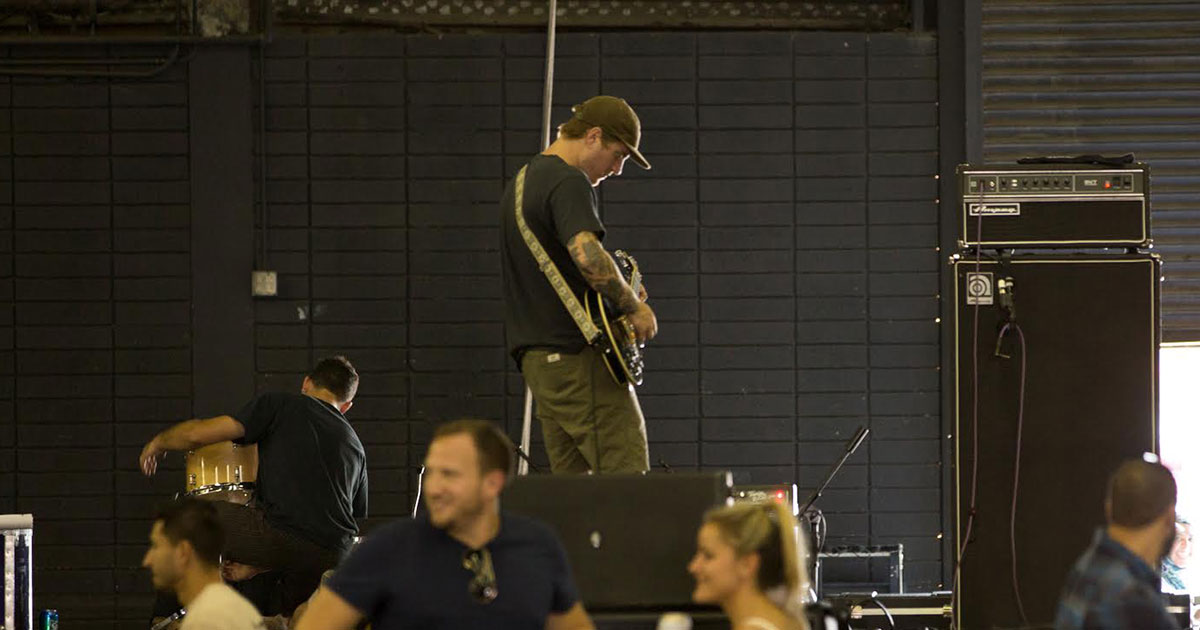 TOLEDO, Ohio — Veteran roadie Rick Bedford lived out his lifelong dream last week of tuning a guitar in front of a sold out audience of rabid fans, sources confirmed.

“I do this for myself,” said Bedford shortly after leaving the stage. “I started setting up gear alone in my garage, just for kicks — I’d tune a guitar at a basement show for a friend’s birthday here and there, but nothing big. After a lot of hard work, I finally got the opportunity to do what I love, in front of thousands of patiently waiting fans.”

Due to a novice soundboard operator and an untimely tuner malfunction, Bedford reportedly got off to a shaky start, but the pitch-perfect veteran maintained his composure on the big stage.

“I’ve always been anxious, but tonight was especially nerve-wracking. A couple wisecrackers yelled, ‘Freebird!’ That always throws me off my game, but instead of losing my cool, I slipped into a quick Pearl Jam riff,” said Bedford. “I heard one dude in the crowd yell, ‘Woo!’ The joy that brought him reminded me why I do this.”

“Normally, a roadie will just use a pedal tuner, and the audience never gets to really see a glimpse into his musical background,” said attendee Maria Sherman. “But he tuned one guitar and hit the audience with a Slayer riff, and totally mixed it up with the next guitar and a lick from Guns ‘N’ Roses.”

Before exiting the stage, Bedford used the mic check to announce he would be releasing his first album, Slow Dancing In A Burning Tune, early next year. The album will reportedly consist of the opening riffs of 37 John Mayer songs.