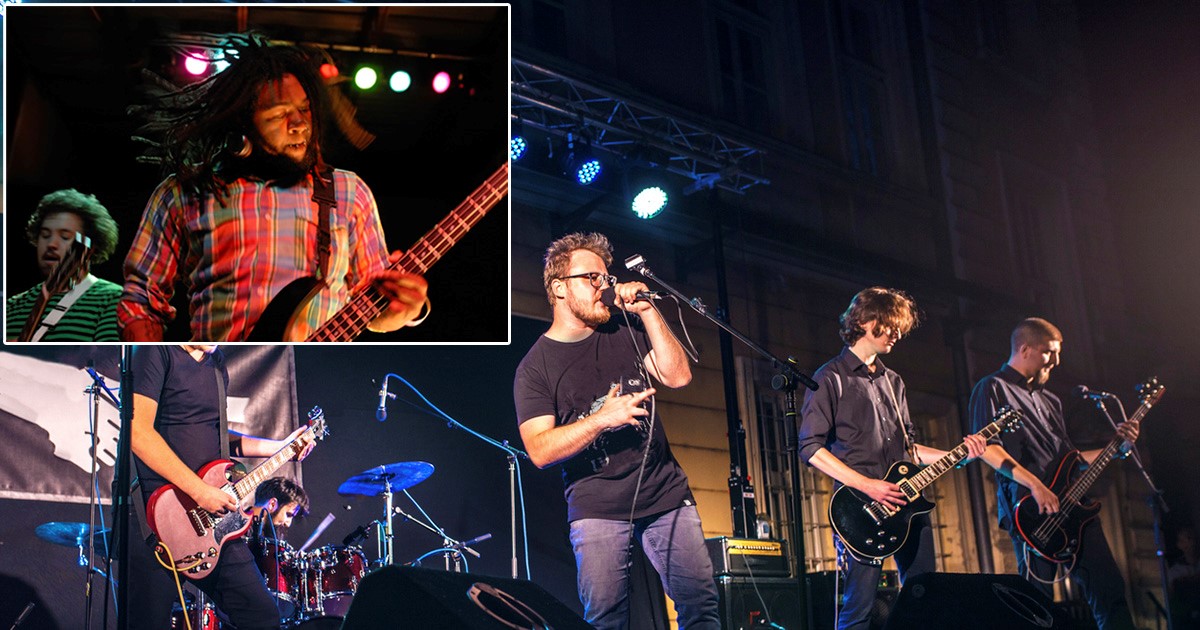 “Goddamn son-of-a-bitch jerkoff scumbag bastards,” said Gifthorse guitarist Lenny Hawkins. “They think they’re so great because they never tripped and busted their lip open on the urinal trough or drunkenly hit on someone’s 14-year-old daughter. And they’re always saying obnoxious things like, ‘Great set, guys,’ and ‘Need help unloading your gear?’ and ‘Sorry your mom kicked you out, you need a place to crash?’ Which, maybe sounds like they’re being nice, but you weren’t there. They were being dicks.”

“Their pranks on Weed Killer almost always backfired on them somehow — it’s like they’re a noise rock version of Wile E. Coyote and Weed Killer is the none-the-wiser Road Runner,” said O’Neill. “One time they slashed Weed Killer’s tires before a show, but all that did was make it so Gifthorse had to go on earlier than usual. The schedule change meant they hadn’t quite hit that sweet spot between ‘buzzed’ and ‘blackout drunk,’ resulting in a way more terrible than usual show.”

“Maybe the dudes in Gifthorse think it’s a Beatles and Stones rivalry, and competition will make them a better band. But based on the fact that they still don’t know how to tune their instruments, I’d say getting better definitely isn’t a priority,” said Marsh. “I think they’re just a bunch of assholes. But then again, neither band tips well, so as far as I’m concerned they can all get skull-fucked sideways.”

When reached for comment, Weed Killer guitarist Steve Hoffman was cordial but indifferent.

“Oh, yeah… the Gifthorses are pretty alright. I don’t really know them that well,” Hoffman said. “What’s the one guy’s name? Larry? Tell him, ‘What’s up.’”