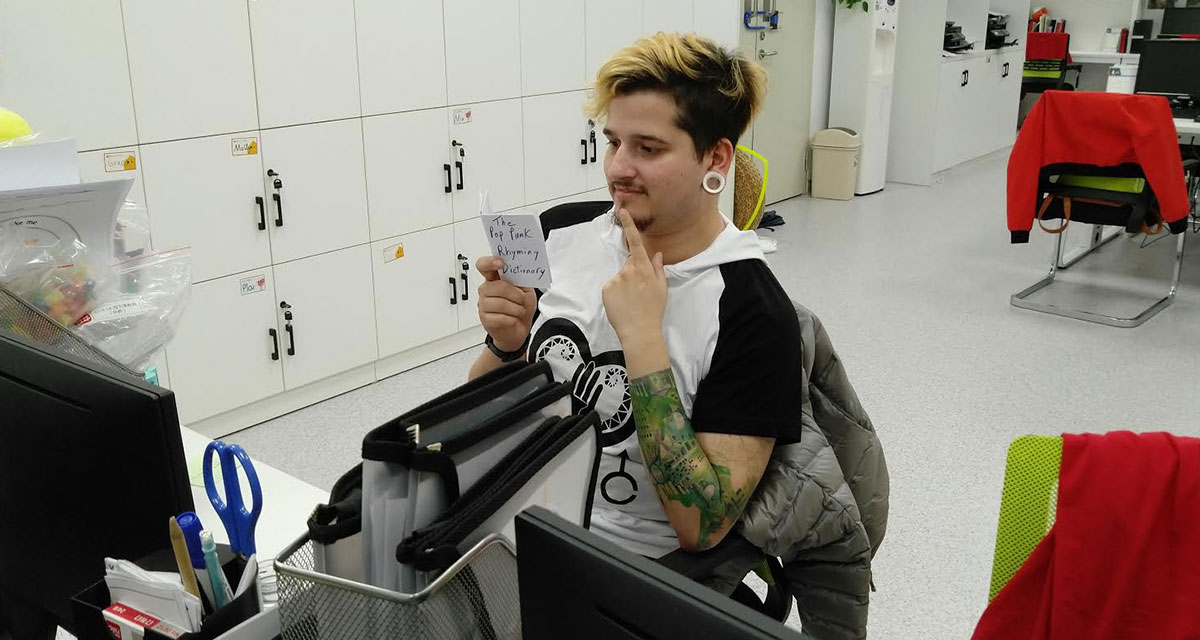 “It’s our goal to remain relevant as this diverse genre continues to evolve before us,” said company co-founder Denny Waxslaw. “Our product continues to be an invaluable resource to pop-punk frontmen tired of being limited to rhyming ‘sad’ with ‘bad’ — or, in some cases, ‘glad.’”

The revised version features an increase in content, now encompassing slightly more than seven pages of rhymes to aid bands who, for example, want to urge their fans to sing “along” to their “song.”

“I love the revision,” said Todd Keffer, lyricist for pop-punk trio Possum Cat. “I write a lot of break-up songs, and there’s really only so many ways you can rhyme ‘heartache’ with some form of ‘heartbreak’ before you’re just repeating yourself. That new half-page, pairing words like ‘earthquake’ and ‘mistake,’ really makes all the difference.”

Despite the support of many pop-punk writers, some in the scene criticized the expanded Pop-Punk Rhyming Dictionary as “needlessly extravagant.”

“Who needs a whole almost eight pages to say that their dad sucks or whatever?” said Stevie Slop, who claimed he briefly played bass in Screeching Weasel before being asked to leave. “Punk’s changed, man. Back in my day, we didn’t rhyme hardly at all — you’d be too drunk for people to understand, anyway.”

With the largely positive response, Marion-Waxslaw announced plans to revise its Pop-Punk Thesaurus as well. While the current version provides songwriters with synonyms for the Toyota Camry in which they can claim to live, co-author Denny Waxslaw claimed the planned revision will also include rhymes for the Hyundai Sonata, Kia Sorento, and Toyota Yaris.