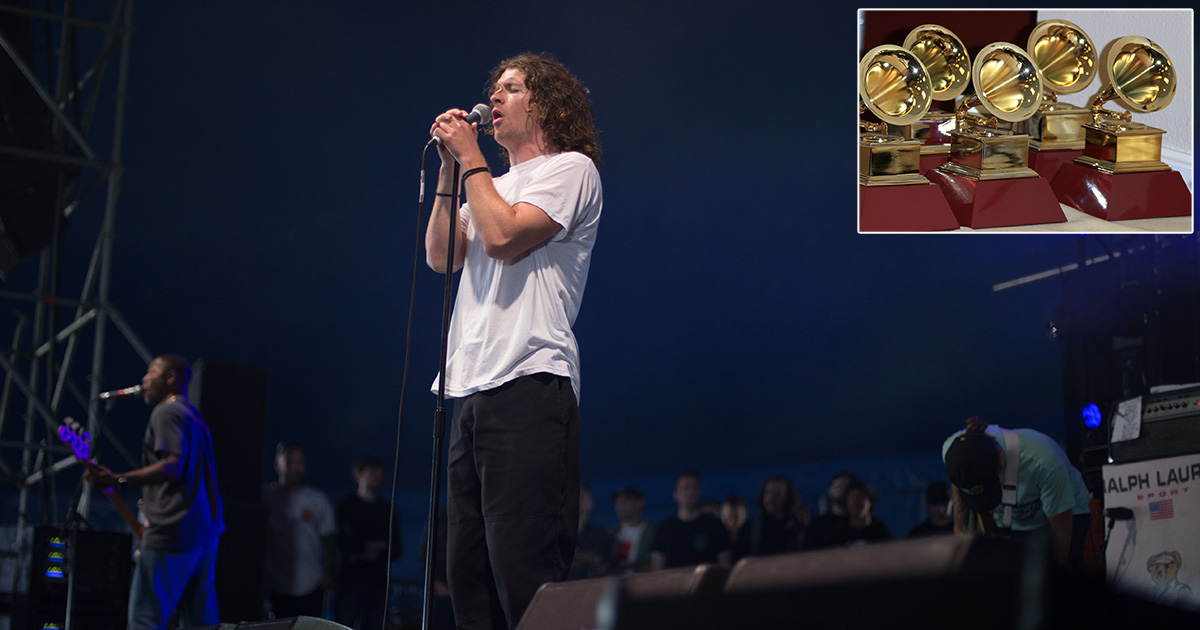 LOS ANGELES — Leaked emails from high-ranking members of the Recording Academy of America suggest that the three Turnstile Grammy nominations were a subversive attempt to get guestlist spots to next year’s Blink-182 concerts.

“Can you blame us? I looked up tickets for the second Los Angeles show and they were like $900 for nosebleed seats,” said NARAS President Harvey Mason Jr. while shredding piles of documents. “Some people have said we should have just nominated Blink for their new song ‘Edging,’ but come on, nobody would have fallen for that. People actually listen to Turnstile, so it was an easy choice. The music industry is built on scratching each other’s backs anyway. All we need is 75 guest list spots and I can basically guarantee them ‘Best Rock Performance.’ Hell, last year Dream Theater won ‘Best Metal Performance’ because Mike Portnoy said he would give my nephew drum lessons.”

Other nominees for the 2023 Grammy awards started to suspect the Academy wanted favors in return for consideration.

“We were all surprised by the nomination for ‘Best Rock Song,’ then a couple of old men showed up at my house with towels and swim trunks and I started putting things together,” said Red Hot Chili Peppers bassist Flea. “They told me they were with the Academy and wanted to go for a quick dip in my pool. It really caught me off guard because it’s been pretty cold in Los Angeles, but I said yes for the hell of it. They stayed until about 2 a.m. and I think one of them broke a bottle and some of the glass got in the pool. That’s really dangerous so they better give the Chili Peppers this award or I’m sending them a bill.”

Independent watchdog groups that try to limit corruption in the entertainment industry admit they are powerless against quid pro quo deals.

“This has been going on forever, and frankly we’ve given up trying to stop it. The best we can do is cash in on some of the perks,” said Gloria Banks, a chairperson at Alliance for Ethical Accountability. “We kept our mouths shut this year and we got a bunch of vegetables from Brandi Carlisle’s personal garden, and I’m getting three nights for free at an Airbnb in Sweden owned by ABBA’s manager. It’s sad this is the way things have to be, but I don’t really care. I got a 30-second video from Harry Styles saying ‘I rock.’ I can die happy.”

At press time, the Recording Academy of America published a video on their YouTube channel reminding record labels that cash bribes were still the best way to guarantee their artist wins.