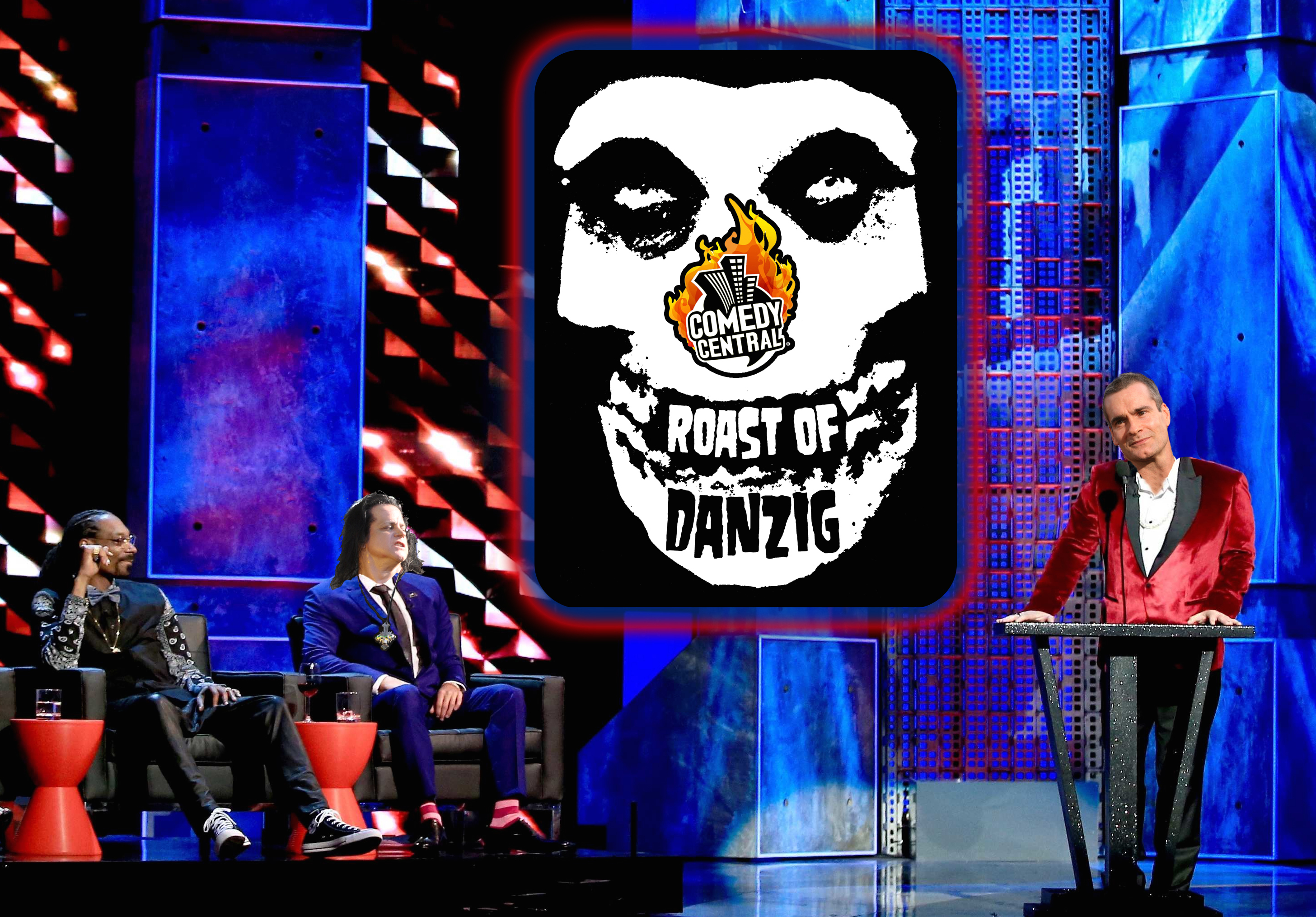 The Hard Times was reporting live from the event, and has compiled our favorite wise-cracks of the night by topic (of which there were many).

“This isn’t a roast, Glenn, this is an intervention,” Rollins said. “You’ve been abusing fishnet stockings for over 30 years and you still don’t know that they aren’t supposed to go on your arms.”

“Glenn, you look like an aunt,” Mike Patton of Faith No More and Mr. Bungle said.

“Danzig, who the fuck is Danzig? I thought that guy in the chair was Tommy Wiseau,” Jeffrey Ross said.

On his song writing skills:

“Glenn wants your skull so he can stand on top of it to reach the high shelf where his mom hid the good cereal,” H.R. of Bad Brains said.

“‘We Are 138’ is my favorite Misfits song because it’s the same number of people who’ve actually read your awful comic books,” Michael Graves, also once a singer of the Misfits, said.

On his business practices:

“Glenn, the only Hybrid Moment you have is when you drive your Prius to the mall to buy your own band’s t-shirt at JCPenney,” Ian Mackaye of Minor Threat and Fugazi said.

“Punk’s not dead, it’s discounted – but only today if you enter the code GLENNneedsMONEY on Amazon.com,” Keith Morris of Circle Jerks and Black Flag said.

“Everyone, reach under your chair, there’s a pair of Misfits bunny slippers to match with a Crimson Ghost waffle maker you can buy at the Target across the street,” Fat Mike of NOFX said.

On his obsession with the Occult:

“I F#@$ING hate you,” Dave Grohl, who came onstage dressed as Satan himself, said. “Stop writing songs about me. I’m not your ex-girlfriend.”

“Also, Greg Geraldo is my neighbor, and he says Samhain was garbage,” he added.

Still, some things were off limits:

“No cat litter jokes, please,” former Dead Kennedys singer Jello Biafra said, referencing a famous photograph of Danzig leaving a shopping center with an unbagged box of Fresh Step litter. “Everyone know’s that Glenn has wolf’s blood on his arm, but he also has a problem with cat pee on his mattress.”

“You probably named your cat Danzig, too, you awful idiot,” he added.

As is tradition, Danzig was given his turn to respond to the other hardcore legends on the dais:

“Thank you, Henry [Rollins], my old friend. A lot of people don’t know this, but I based the fiend skull off of Henry’s malnourished face. You’ve been burning too much body fat fighting your fans in hip book shops,” Danzig said.

“Doyle, you don’t want to come up here and say something mean? Doyle doesn’t do anything if he can’t do it with his balled fist. The man knocks himself unconscious every time he tries to zip up his pants,” Danzig said.

“Michael [Graves], good to see you found another way to make money off me. Jerry Only couldn’t be here tonight, but he’s still finding a way to get paid for it, anyway,” Danzig said.

“Ian [Mackaye], I’m a huge fan of you and Dave Grohl’s new show on HBO where you ask each other the same questions for 20 years in between hours of autofellatio,” Danzig said.

“Well, that’s it for me. See you all in court,” Danzig concluded.

The afterparty ended early when, moments after leaving the stage, Danzig was knocked unconscious by a security guard he tried to fight for no reason.