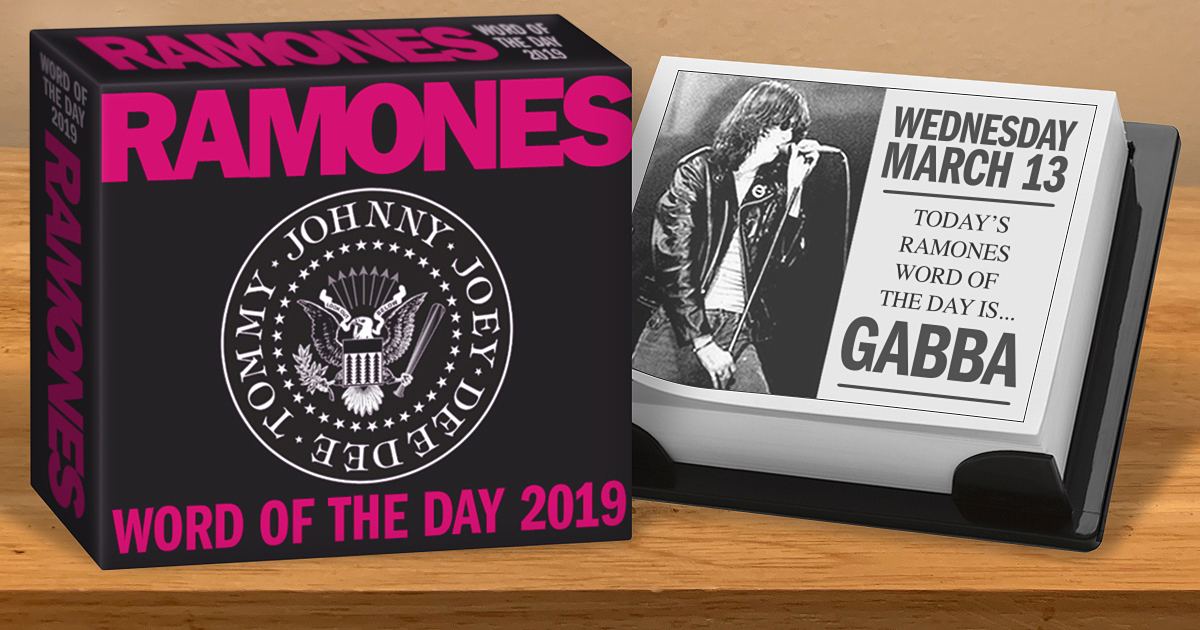 NEW YORK — The highly anticipated Ramones “Word of the Day” calendar was released yesterday, which disappointed but unsurprised fans found repeats itself by mid-March due to the band’s incredibly limited lyrical scope.

“I guess we never knew they had so many songs about going to the beach and listening to the radio,” said Wideworld Publishers president Taylor Garofalo, who initially greenlit the novelty item. “We briefly contemplated supplementing the calendar with some early Misfits lyrics, assuming no one would notice… but instead we padded out December with ads for Marky’s tomato sauce.”

While fan enthusiasm was already tepid thanks to years of shoddy band merchandise, even Ramones diehard Hilary Freeman was upset by the lackluster final product.

“The first 8 days were just the numbers 1, and then 2, 3, and, 4, repeated,” said Freeman. “We’re in June now, and I must have seen ‘babe,’ ‘gabba,’ and ‘gimme’ at least seven or eight times each. The entire month of July just says ‘Rock!’ on each page, and there’s also a bunch of weird references to Nazi Germany. Like, isn’t Joey Jewish?”

Fan Tom Oliveri agreed, taking issue with the poor quality of the definitions and the calendar’s inability to help build his vocabulary.

“On October 31st, ‘Pet Sematary’ is defined as ‘A place you don’t wanna be buried in,’ followed by a synopsis of the movie copied from Wikipedia,” said Oliveri. “The definitions are also weirdly circular, too — ‘chicks’ just says, ‘They can help you get some kicks,’ and then ‘kicks’ is, ‘Great for having with some chicks!’”

“Merchandising is as much a part of the Ramones legacy as our trademark bowl cuts,” explained Ramone. “And as a guy who’s hawked everything from gelato, condoms, and even Steel Reserve, I practically got ‘selling out’ flowing through my veins. So naturally, I was ecstatic to lend the Ramone’s name to… what’s this product again?”

At press time, Ramone was setting up a website that allows literally anyone for any reason to license the Ramones’ name and likeness with no questions asked.