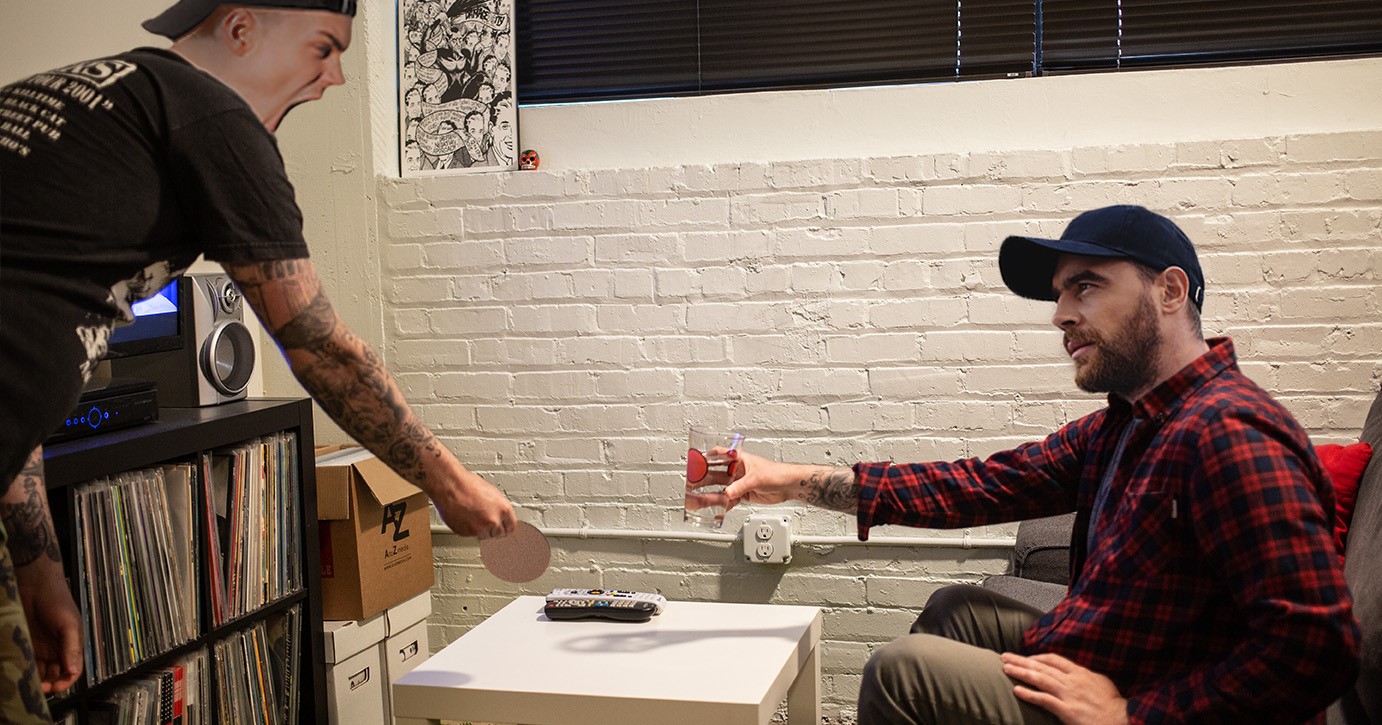 BALTIMORE — Local anarcho-punk Tommy Mauro “totally doesn’t give a fuck,” but does prefer guests use coasters, even if it’s “no big deal, and also, fuck cops,” annoyed partygoers confirmed.

“I strongly believe destruction of property is an acceptable and appropriate method of achieving social change. But I also believe in dusting the top of the broken fridge we use as a bookcase, even if no one can see up there,” explained Mauro. “And just because I prefer the superior cleaning power of Clorox over a handmade lemon juice and vinegar solution, doesn’t mean I’ve been co-opted.”

Mauro and roommate Sofia Alvarez were hosting a party when his anal-retentive tendencies became particularly obtrustive.

“We were discussing politics or something, and Tommy kept interjecting with his ‘totally no biggie’ suggestions,” admitted Alvarez. “He’d say things like, ‘I agree, drugs are an instrument of oppression. Also, we should use coasters because the table is real mahogany.’ Prefering to keep a tidy home is one thing, but why is he so worried about things like mustard stains on a futon he helped me pull out of a dumpster?”

The party was later broken up by local law enforcement, which, according to guest George Varnava, further exacerbated Mauro.

“They barged in without a warrant and searched the house for drugs or whatever. So, understandably, Tommy was pissed,” said Varnava. “Not because his rights were violated, but because the cops refused to take off their boots or use the runner as they raided the place.”

One of the police officers, Tanisha Watkins, was surprised by Mauro’s unique and seemingly un-punk ways.

“Oh, yeah — I remember that asshole. After he yelled at us for leaving the door open, he pointed out that my badge looked dull and kept asking if I wanted him to get some white vinegar so I could polish it,” said Watkins. “Honestly, I would have rather he spit on me or call me a pig like all the other punks do.”

At press time, Mauro had angered his roommate by scrubbing the bloodstains out of her shirts, thus ruining them.