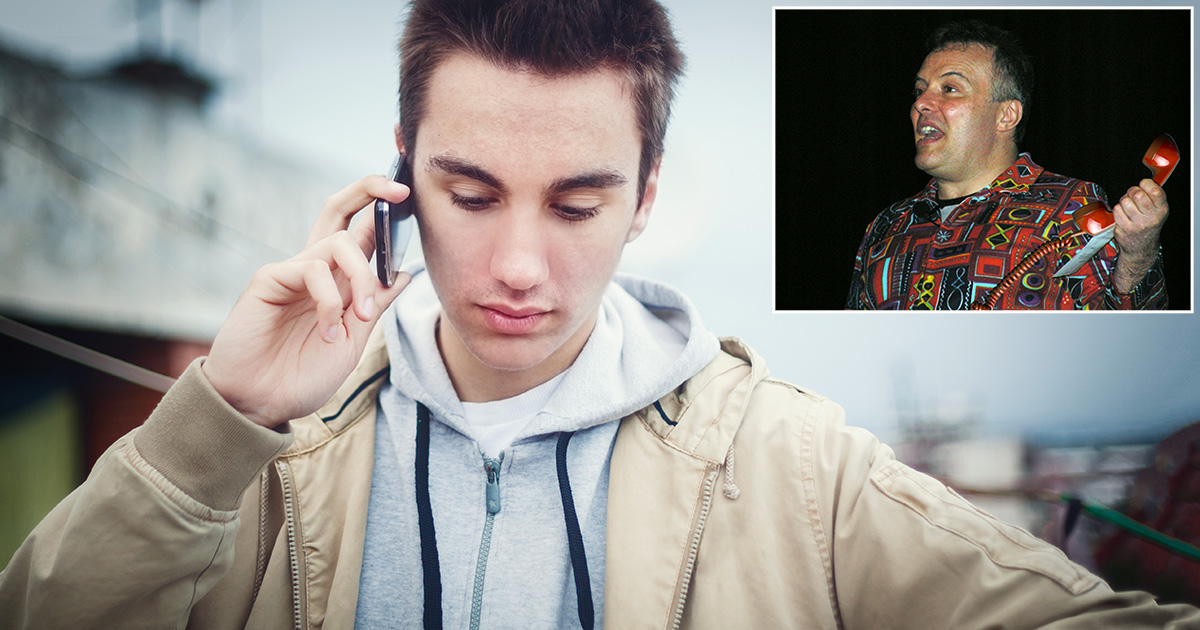 “Everyone knows how easy it is to get under Old Man Biafra’s skin,” Russel explained. “I was super bored, and just thought, ‘Here’s this grumpy dude… it would be legit hilarious to get him to lose it.’”

What started out as a prank call, however, turned into the longest afternoon of Russell’s life after the former Dead Kennedys vocalist kept him on the phone for over two hours.

“I thought it would be funny to pose as East Bay Ray, but when I said the name, he was just like, ‘A-ha!’ and then said, ‘I thought the only way you’d ever speak to me was through your lawyer?’“ Russell explained. “I didn’t know this was possible… but I swear, I could actually hear him jumping out of his seat. That’s when I knew I was really fucked.”

No stranger to pushing back against those trying to prank him, Biafra took full advantage of the opportunity.

“You ever hear the one about Tipper Gore and her merry band of goose-stepping jokesters at the PMRC?” Biafra allegedly said. “They certainly tried to pull one over on the Dead Kennedys. If you try to fool Jello Biafra, Jello Biafra will make you the fool!”

“I panicked and just asked him if his refrigerator was running — it was the first thing that popped into my head,” he recalled. “I’m pretty sure he could smell my fear or something: he said the only thing ‘running’ is the American military-industrial complex that’s running our country, and then went on about Reagan and jellybeans or something, and how much he hated Frankie Valli and the Four Seasons. I was way outta my league. I don’t even know why I didn’t hang up.”

When asked if he would ever make another prank call, however, Russell seemed reluctant.

“I was going to call Ian Mackaye and ask him if ‘Jack’ was home. You know, like ‘Jack Mehoff?’” Russell said. “I just can’t go through another call backfiring on me like this again, so I have to take it back to the basics.”