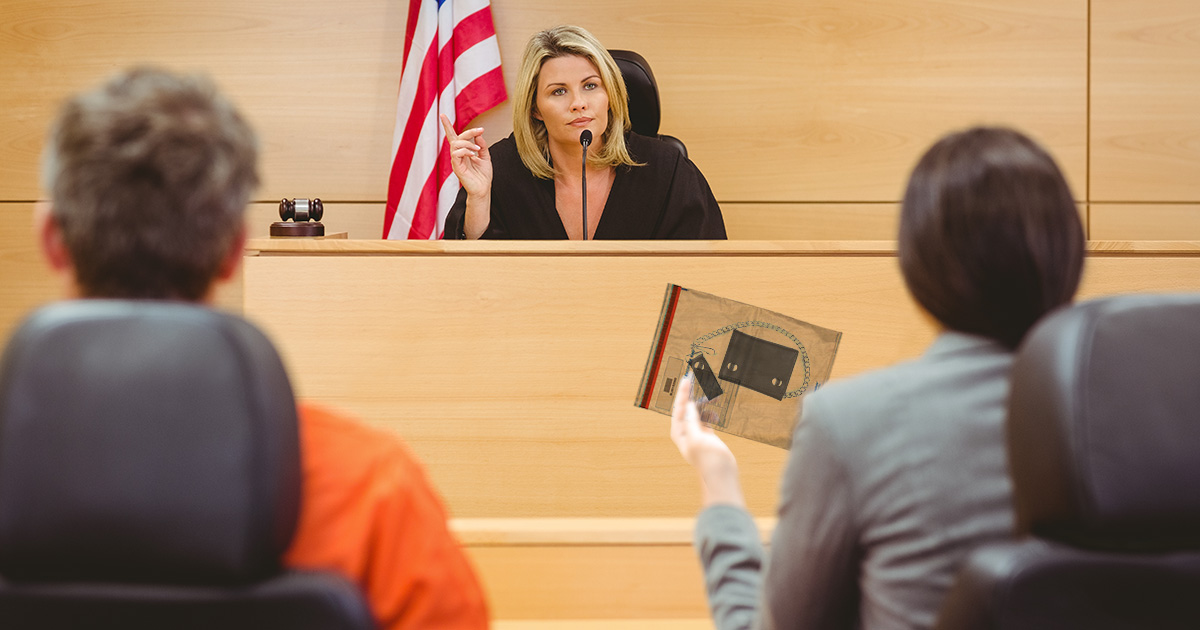 HUNTINGTON BEACH, Calif. — A chain wallet used in a post-show assault in 2011 is allegedly having “the time of its life” awaiting trial as the key piece of evidence in the state’s case, court officials confirmed.

“I spent most of the last decade trapped in an evidence baggie, with no connection to the outside world,” the 18-inch chain wallet said. “I’m hoping my boy Keith [King] doesn’t plea out — ideally, I’d love a conviction. Then, we go to appeals, maybe a civil case, yada yada… I suspect that’ll take up a lot of my time.”

According to initial incident reports, when police arrived at the scene of the crime, they found the chain wallet alongside King, who was clutching his bleeding hand with multiple broken fingers.

“Admittedly, not my finest hour,” the chain wallet reflected. “I wasn’t designed for much more than carrying old condoms and some weed, and to just look rad. But now, I’ve got both the victim’s and the suspect’s blood all over me. I prove everything. I’m happy to be part of the show.”

The prosecution admitted they’re very thankful to have such a key piece of evidence at their disposal.

“In the early morning hours of July 8, 2011 following an after-hours show at the local library, the defendant, Keith ‘Nose Grind’ King, unbuckled his chain wallet and wrapped the chain around his fist,” said Assistant District Attorney Marcia Pruett. “From there, we intend to prove that Mr. King struck his victim in the head following a heated exchange over whether The Offspring was a T.S.O.L. ripoff or not. The amount of DNA evidence we have is staggering.”

However, not every piece of evidence shares the same enthusiasm as the chain wallet.

“All these evidence techs are doing tests on [the wallet] and taking pictures of it,” said a Motorola Flip Phone, listed as State’s Evidence Exhibit L18. “Hell-o! I take pictures. Right here, I’ve got a picture of the suspect and the victims… but the so-called ‘experts’ say the photo quality is no good for a jury in 2018. Go fuck yourself.”

For its part, the wallet is aware the spotlight might be fleeting, and is making the most of it.

“Once the smoke settles, I see myself getting all this DNA processed and cleaned off of me,” said the wallet. “I can see a future where I go up at a police auction, and… who knows? Maybe I’ll get paired up with a pair of Dickies on a new punk. Right now, the world is my oyster.”