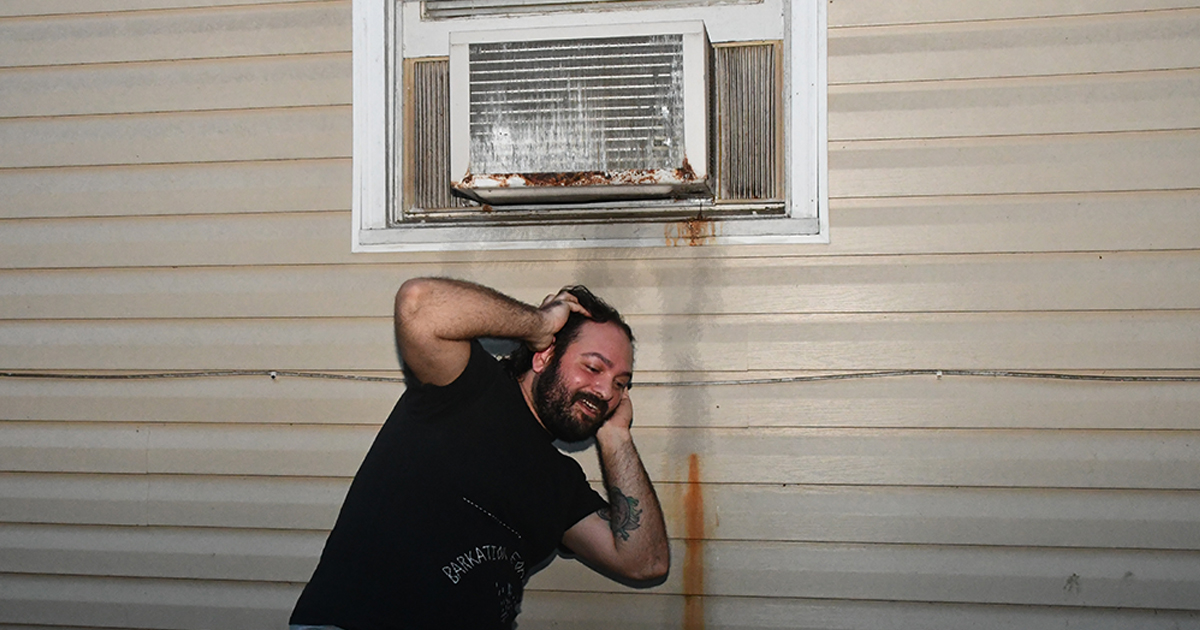 BUFFALO, N.Y. — Local crust punk Ben “Diggz” Cooper asserts that the steady drip of a window-mounted air conditioner he stood under for 15 seconds is “as good” as any shower, skeptical sources confirmed.

“I knew I needed to look somewhat presentable for my sister’s upcoming wedding,” said Cooper while his dog ate the remains of a discarded roast chicken. “I planned on doing my normal routine and going to the car wash to hose myself down, but on my way there I noticed a lot of water dripping into a murky puddle on the sidewalk and realized I could save myself $4. Man, I forgot how refreshing a shower can be! I used some hand soap I took from a Mighty Taco bathroom and it was like I was in a fancy spa. Honestly, I feel like the King of England, people don’t even dry heave when I ask them for a cigarette.”

Linda Nowak, the owner of the apartment and air conditioning unit, witnessed the bizarre sight.

“I went to look out my window to see if my Grubhub driver was there, and I saw this rough-looking guy in his underwear taking the slowest most ineffective shower in the history of mankind,” Nowak explained. “Remember that viral video of the NYC rat supposedly washing itself? That’s what it looked like! Except this guy totally looked clueless during the entire process. I mean, I guess it’s fine that he wants to wash using my AC water, but it seriously looked like a Caveman seeing fire for the first time or something.”

“Ahhh yes, when I heard the story about Diggz bathing under the AC unit, it brought me back to the days of old. Back when punks used to improvise a bit when it came to not being stinky,” said Chlebek while pulling up his dingy pair of pants. “If we had a court appearance or something, a quick way to freshen up would be to rub yourself down with a slightly used urinal cake, sit beside a campfire for a few hours, or jump in the lake and hope for the best. None of it actually works, but that placebo effect can give you the confidence you need to get through the day.”

At press time, Cooper was seen using half a bottle of Febreze to try and mask his stench for the wedding.