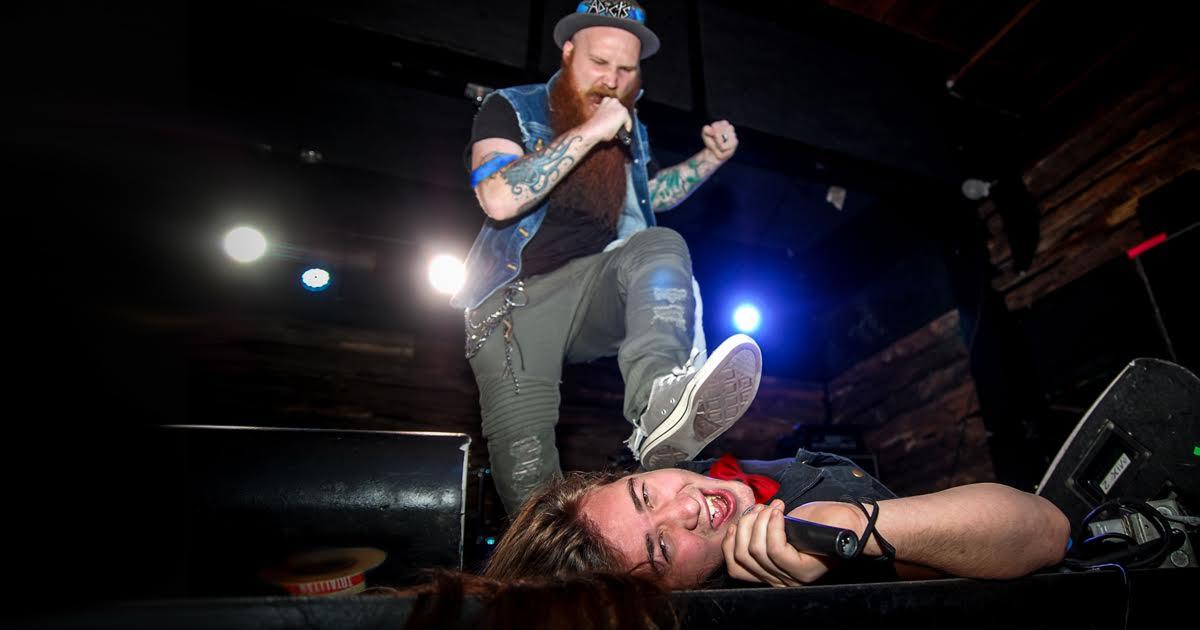 “I heard Questionable Motifs shows can get out of hand, but this was too much for me to watch,” said bartender Cara Roebuck. “At the end of it, they were trying to get the audience to do some damage, but everyone was too grossed out.”

The sudden and violent destruction of James’ vocal cords was the conclusion of a series of moves the band undertook to solidify their “rock star” personalities.

“We want to create a chaotic live experience while keeping our a cappella roots,” said baritone “Spit” Jones. “Like, once, I snorted cocaine off of a fan’s chest while holding the bassline to ‘Maxwell Murder’ by Rancid. Badass, right?”

Some members were inspired to attempt the stunt as a tribute to Paul Simonon, former bassist of the Clash. “I grew up with London Calling on my turntable, and since none of us have instruments we can swing around, we had to get creative to make an impact. Plus, we were really getting sick of Russ messing up his notes,” said tenor Bryce Ingram. “So everything just came together.”

“I thought their show was a lot of fun. All they did was covers, so it was nice to sing along,” said Victoria Landgraf, who had been standing by the stage during the fateful encore. “But the throat stomping was a bit much. If they wanted to destroy their singing voices, they really could just drink a lot and smoke more.”

Not all were upset by Questionable Motif’s brutal dedication, however, as at least one person in attendance enjoyed the conclusion of the vocal group’s set.

“I think that, maybe now, Russ might finally stop talking over me every time we’re out with his friends,” said Claire Silverman, girlfriend of James. “And now I don’t have to listen about why playing instruments is ‘outdated and for losers.’”