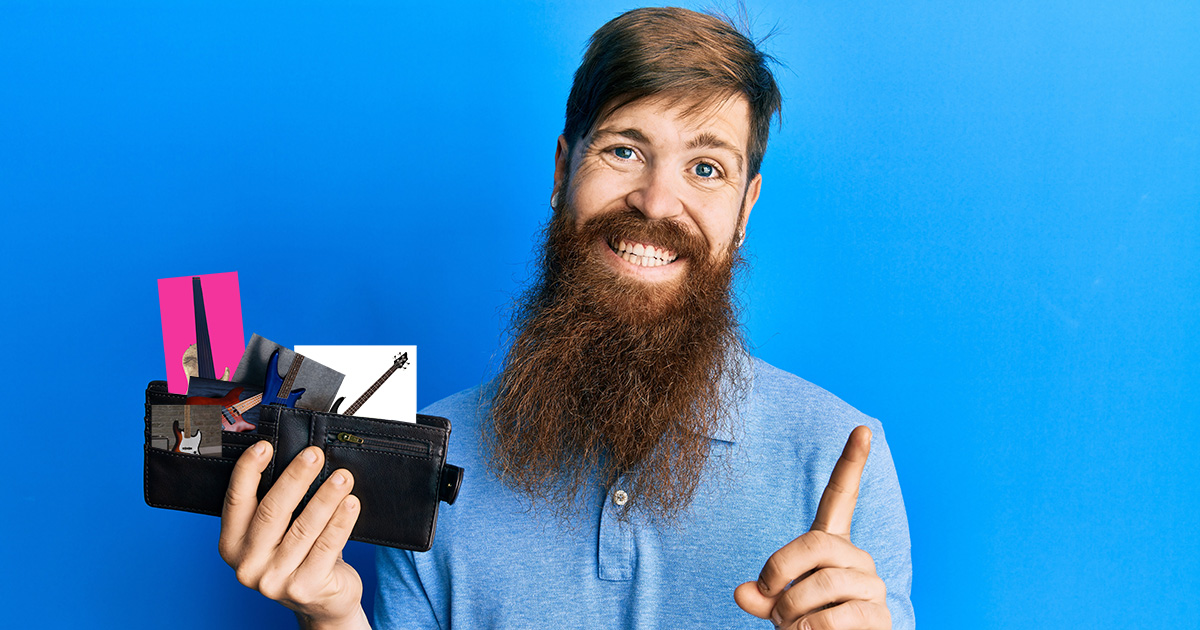 WOONSOCKET, R.I. — Local dad and moderator of the “Rhode Island Primus Alliance” Facebook group Chester Bakersfield admitted to keeping more photos of basses in his wallet than of his own children, confirmed sources who weren’t surprised after remembering the number of times he’s brought up Les Claypool in unrelated conversations.

“Your wallet is like a pocket photo album for what’s most important in life,” said Bakersfield while adding a printed-out screenshot of the standup bass used in the ‘Mr. Krinkle’ music video to one of the credit card slots. “That’s why my wallet contains laminated photographs of each of my basses, a couple pics of basses that are on my wishlist in case anyone asks, and exactly one school photo of my first of four born children because there’s simply not enough room for all of them.”

“Sure, there’s hardly any space for cash either, so it’s a good thing I never have any money or else I’d have to shift some things around. But if push came to shove I could probably remove that photo of Chester Junior. I know what he looks like,” he added.

Those close to Bakersfield wished he would cool it with the bass fanboyism.

“I once overheard him refer to his recently purchased Fender Precision Bass as ‘the new Harrison’ which is the name of our second born,” said his wife Amanda Bakersfield. “It’s bad enough he dipped into their college savings to buy a $5,000 rare copy of ‘Sailing The Seas Of Cheese’ on vinyl. And I’m still mad at myself for letting him convince me to name our youngest daughter Mud. Really should’ve gone with Wynona after that beaver song now that I think about it.”

Experts were well-aware of this sort of parenting behavior amongst die-hard fans.

“Being a dad is hard, but being a dad who loves music is even harder,” said family counselor Gabriella Vianca. “Think about it. You have to balance something you love more than anything in the entire world versus your children. It’s like when that die-hard Rush fan famously skipped his daughter’s recital to wait in line for an autographed copy of ‘Geddy Lee’s Big Beautiful Book of Bass.’ Priorities, man.”

At press time, Bakersfield had no choice but to delete several photos from his iPhone of his son’s tee ball game where he hit three home runs in order to make room for a handful of videos of Victor Wooten live performances.