Poser Only Able to Name 22 Guided by Voices Albums 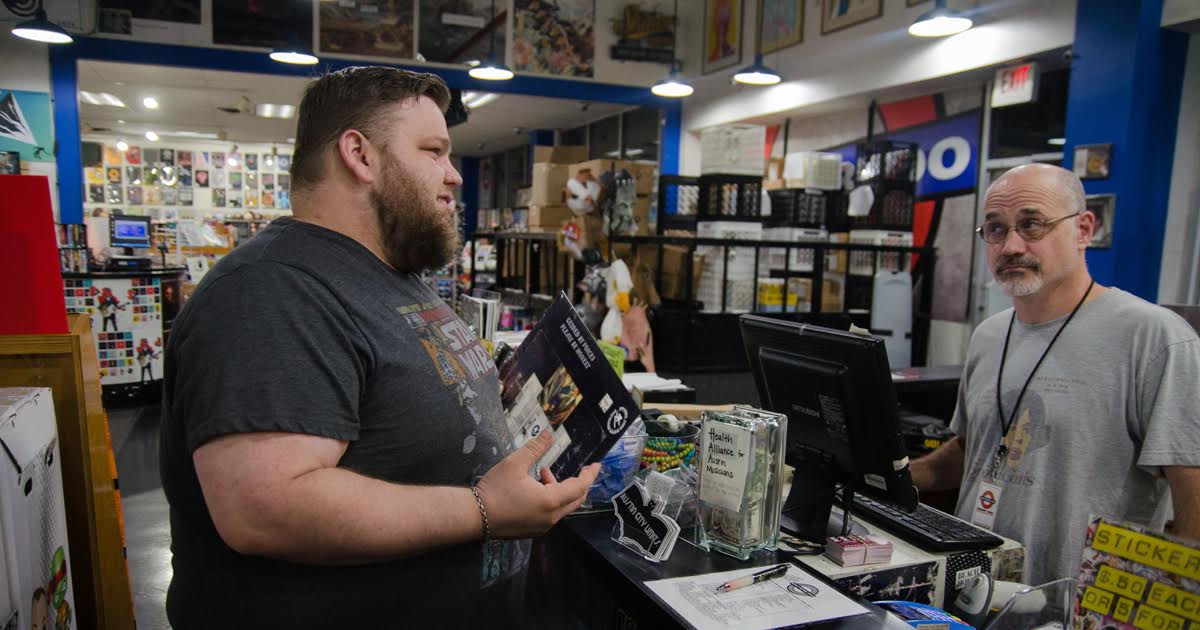 The controversy began when Wright discussed the band’s music with customer and “real” fan Mitch Kenney.

“This guy says he’s a fan, but he could only name Bee Thousand, Alien Lanes, and then another 20 more. Any idiot can do that,” Kenney said. “When this clown stumbled after only 22, I put him in his place by naming the rest. And then, I spent the next 17 minutes naming all 100 of Robert Pollard’s official album releases — he’s their lead singer and principal songwriter, in case you’re too dense to know that. But, seriously: how is that dumbo even working in a record store? He should be fired.”

Kenney claimed that the minimum requirement to be a “legitimate” Guided by Voices fan is owning all 25 studio albums, every EP, and the album of Robert Pollard’s stage banter.

“The thing people don’t seem to understand is, being a fan of a band is not about enjoying the music. It’s not about music at all,” said an increasingly irritated Kenney. “It’s about meeting very strict regulations imposed by self-appointed gatekeepers, such as myself. Only then may you call yourself a fan.”

Others disagreed with Kenney’s criteria.

“I don’t know if you can get into GBV unless you let GBV get into you,” said self-proclaimed superfan Erin Kendrick. “And that won’t happen until you’ve listened to at least 2,100 of Robert Pollard’s 2,500 officially released songs. Owning the albums is definitely not enough to be a fan. Whoever said that is clearly a poser and a fake GBV fan.”

Kenney eventually filed a complaint with Spaceboy Records management, who felt compelled to issue a statement of their own.

“We are aware one of our clerks could not pass a very simple musical challenge, and we will ensure he is reassigned and re-educated,” said store manager Terrence Wilson. “This is poor timing for us: just last week, we fired one of our clerks with a Black Flag tattoo when she couldn’t name every song in reverse alphabetical order. It was embarrassing, but we take full responsibility.”