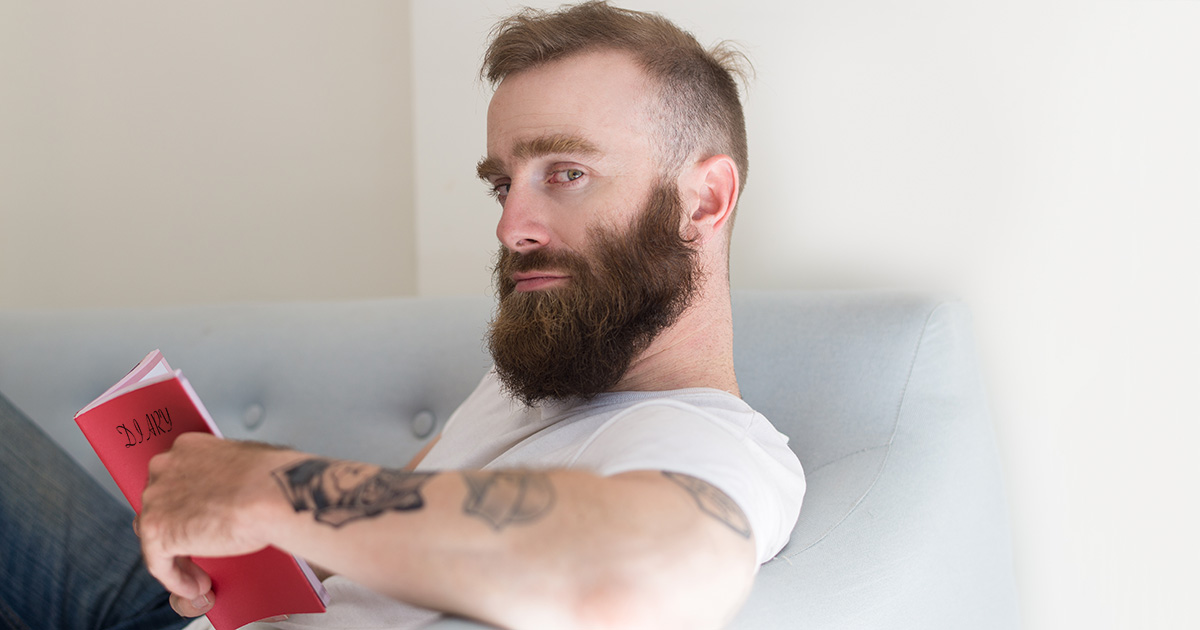 JACKSONVILLE, Fla. — Pop-punk frontman and legal adult Brandon DeMarco combed through his teen girlfriend’s diary last night for inspiration, in a desperate attempt to conjure new lyrics that connect with his band’s demographic, classmates of his girlfriend confirm.

“Brittany [Cruz] is super smart beyond her years, and her diary really is a goldmine of lyrical gems,” noted the 26-year-old Grounded for Life frontman, of his 17-year-old girlfriend’s private journal. “I mean, there’s no way I could’ve come up with lines like, ‘I wish my face was clear,’ ‘Amber has dick breath, but how do I tell her,’ and, ‘My parents won’t let me see Brandon ’cuz they say he’s a pedophile.’ Real catchy stuff — and with so many layers to the meanings.”

However, members of Grounded for Life seemed indifferent about their frontman’s new lyrics.

“Personally, I think it’s kinda weird that a 26-year-old man is singing about hating teachers and high school cliques,” said bassist Pete Green. “But, let’s be honest: I’m a hired gun in this band. I’m a Juilliard-trained bassist playing bubble gum music for angsty teens. But we usually get free pizza when we play on Thursdays, so that’s cool. I’m just waiting to get accepted to grad school so I can move.”

Raiding his girlfriend’s dynamic prose wasn’t the only intention behind DeMarco’s diary heist.

“I’m totally not that crazy possessive boyfriend or anything… but I have to know if Brittany is going out with Hayden Murphy behind my back,” said DeMarco. “I’ve counted 26 ‘Hayden’ name drops in the past 10 entries.”

“That guy thinks he’s so cool,” DeMarco added. “I bet Hayden doesn’t have a credit line with Guitar Center, or the entire ‘Entourage’ series on Blu Ray. Brittany knows she’s got a good thing.”

When reached, Cruz’s father released a statement regarding DeMarco.

“If you come near my daughter one more fucking time, I will punch your nose clear through the back of your head and impale you on a goddamn fire hydrant,” Mr. Cruz told DeMarco via text from his daughter’s phone.