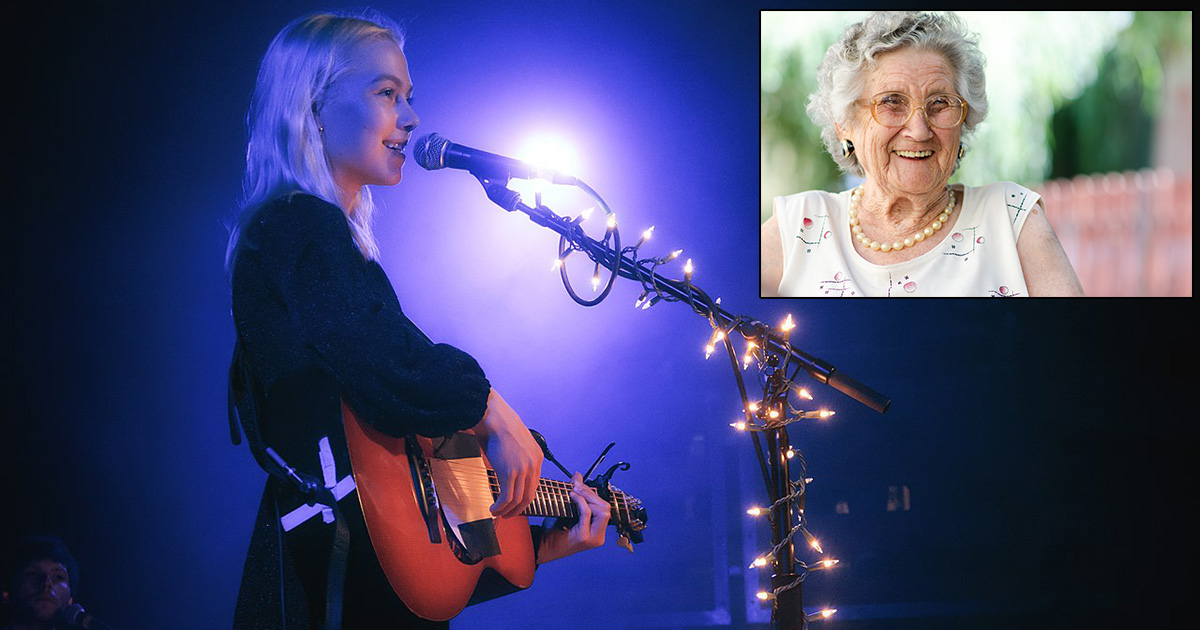 “When we raised over $173,000 from that Goo Goo Dolls song, I just knew we had to find inspiration for another cover that would leave people emotionally eviscerated,” said Bridgers. “So naturally, I went to an old folks home, wandered the halls until I sensed the looming fog of imminent death from a resident’s room, curled up at the foot of their bed, and simply waited for the Reaper’s cold embrace to snuff the light from their eyes — but not before I was able to jot down everything they said and workshop a sweet-ass melody.”

The track, titled “Nana, Hey Hey Hey, Goodbye,” is projected to be a hit amongst the Grammy-nominated artist’s key demographic of sad people who consume sad art in order to feel more sad, such as yourself.

“I really want to thank Phoebe for her unmatched kindness and the joylessness she has brought to me, my family, and anyone scrolling through YouTube at 2 a.m. on a Wednesday,” you said about the artist who regularly pens songs designed to leave listeners dehydrated from crying. “Over time it’s kind of easy to forget the devastation you feel after getting news like your Gram dying, so I’m fortunate I can revisit that for 3 minutes and 46 seconds anytime I want.”

Surprisingly, the song collected a number of negative reviews from critics, earning a dismal 2.5 rating from Pitchfork largely due to your beloved late grandmother’s weak lyricism and problematic history.

“The whole ‘please call my family, tell them I love them’ cliche drivel you would expect from a Bruno Mars love ballad is not the saccharine horse shit anyone in the Phoe-beehive signed up for,” Pitchfork editor Elias Asnak stated. “And let’s not forget that I heard the original artist was a low-key racist and homophobe. Covering that bigot’s swan song was basically a co-sign, and as far as I’m concerned, Phoebe Bridgers is cancelled.”

At press time, #PhoebeBridgersIsOverParty was trending worldwide on Twitter.