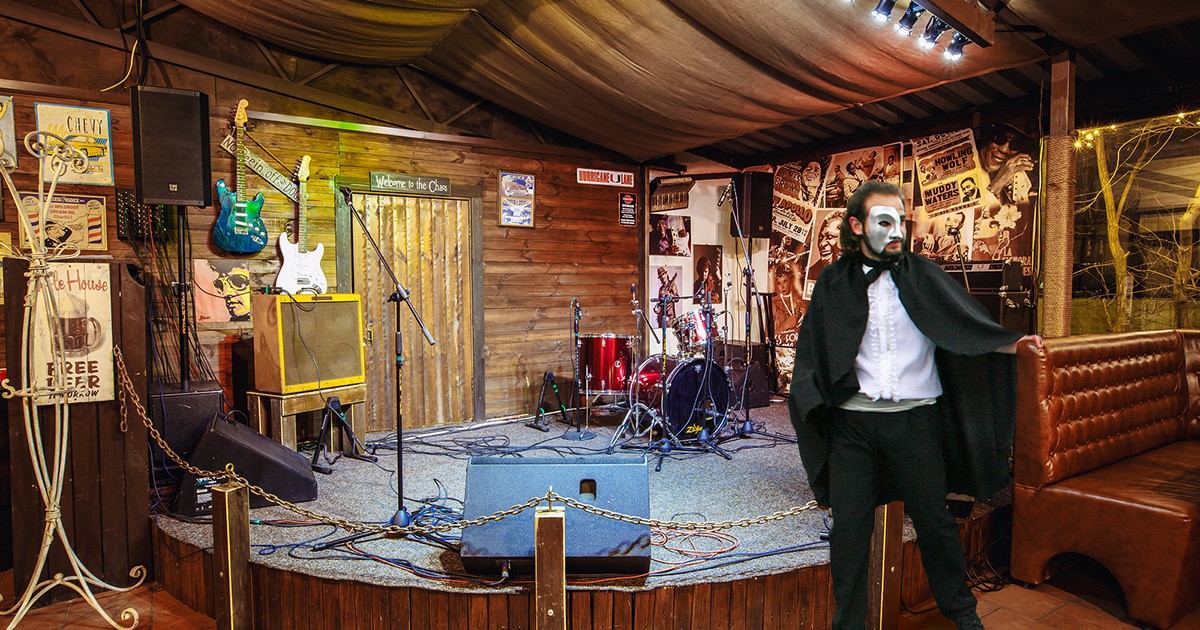 PORTLAND, Ore. — Patrons of local punk venue The Steel Toe report peculiar, “almost paranormal” happenings in and around the building, which many equate to a supposed phantom heard wailing in the green room, harassing clientele, and causing equipment malfunctions ever since a female bartender rejected him years ago.

“The legend goes that some scene kid hit on a bartender back in ’98, and she shot him down so hard he retreated into the basement where we keep the kegs, and was never seen or heard from again,” guide Graham Moore told visitors recently on his “Haunted Portland” walking tour. “Some say that if you stand in the bathroom with the lights off, he will appear in the mirror and scream, ‘But I’m a nice guy!’ and then talk shit about you on message boards.”

While some write the phantom off as mere urban legend, many claim to have had actual encounters with him — including Stella Young, bassist for the band Grind Horse, who insisted the phantom tried to lure her into the cellar to “just play her some records.”

“He is all too real: he wore a cape, a top hat, and a mask, but I’m pretty sure he wore that before he became the phantom,” Young told a venue full of nonbelievers. “When I refused, he said he also wrote me a song, and it ‘…would be really rude not to listen to it’ because he put a lot of work into it.”

Indeed, Jason Roseman, the venue’s longtime doorman, alleged he once removed a caped figure, only to turn around and see that person back at the bar. Meanwhile, former bartender Natasha Letestu claimed she received disturbing text messages from an unknown number, but when she called it back, the bar’s landline would ring.

However, Steel Toe owner Tony Wilder insisted the phantom was just a myth.

“I’ve never seen any phantom,” said Wilder. “Sure, when I’m here working late at night, I hear what sounds like someone playing shitty Bon Iver covers on an electric keyboard. But that’s probably just the pipes or something.”

At press time, Steel Toe patrons tired of the harassment are seeking to hire a local woman to pretend to be interested in the masked figure for a week or two, hoping to lure him into the Tonic Lounge — another haunted venue nearby, where the phantom can commiserate with the dozen other phantoms there.