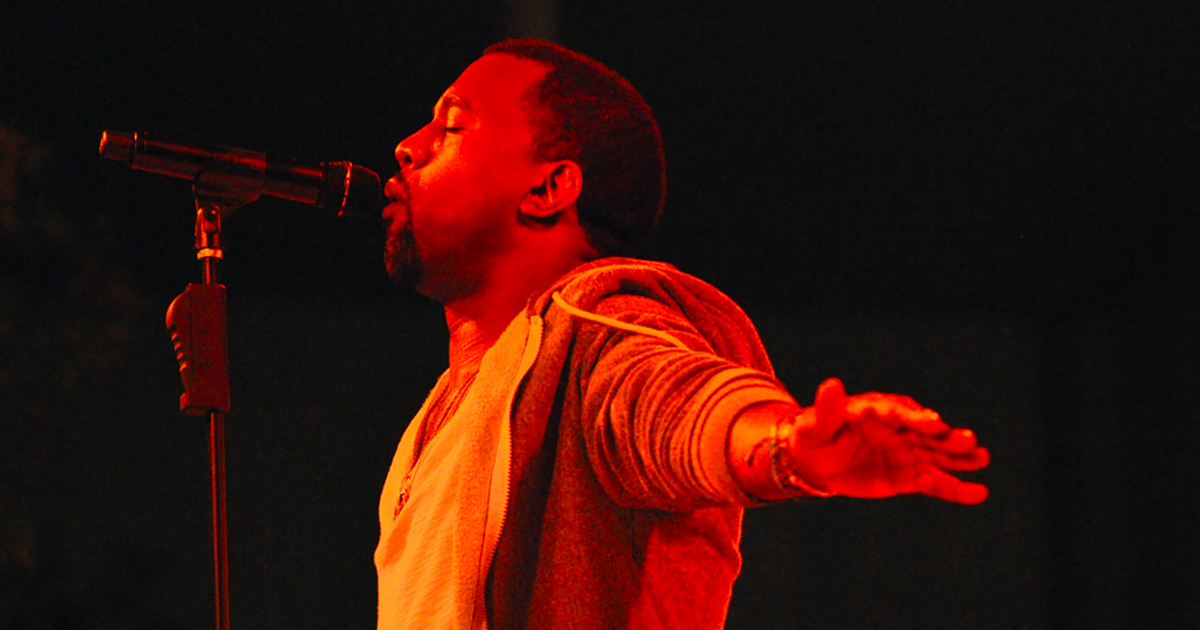 SAN JOSE, Calif. — Fans at last night’s Kanye West concert (where the rapper announced his support for president-elect Trump) reportedly created a petition to have West’s jaw rewired shut. The petition, which was hand written and passed around the crowd, garnered over 25,000 signatures within the first hour of the show.

“The guy is a musical genius. He recorded ‘Through The Wire’ with his jaw wired shut,” the petition states. “So we can get more music and less about Bill Cosby being innocent and him reinventing hotels or whatever.”

According to videos of the incident spread across social media, West reportedly said that he didn’t vote, but if he had he would have voted Trump. Many fans booed or left the show after the statement, but others wanted to remain proactive.

“I signed the petition because I thought it was a wait list to get a selfie with him,” fan Samantha Rosa explained. “It was dark and we were all dancing under the floating stage — so cool.”

Others in attendance signed the petition for intensely personal political reasons.

“If Kanye wants to say Bush doesn’t care about black people, but then also say he would have voted for Trump, that’s fine. He can have any opinion he wants, but Bernie Sanders and I are going to fight him tooth and nail the whole way,” fan Shelly Williams, who has no official relationship to Senator Bernie Sanders or his campaign, said. “And if there’s one thing I’ve learned it’s this: Petitions work. They always work.”

For some fans, the rewiring of West’s jaw is just the beginning.

“I’d also like to demand that he stops making so many brown and beige clothes and just makes more music like My Beautiful Dark Twisted Fantasy,” Eric Ramirez added after signing his signature on the petition.

But outside the arena after the concert, amongst a group of a few hundred fans hoping to catch a glimpse of the rapper as he left the arena, there wasn’t much support for the petition.

“I didn’t sign it,” fan David Hammel said as he waited anxiously for West’s tour bus to appear. “I feel like Kanye would make a good addition to Trump’s cabinet. They pretty much have the same social media presence anyways.”