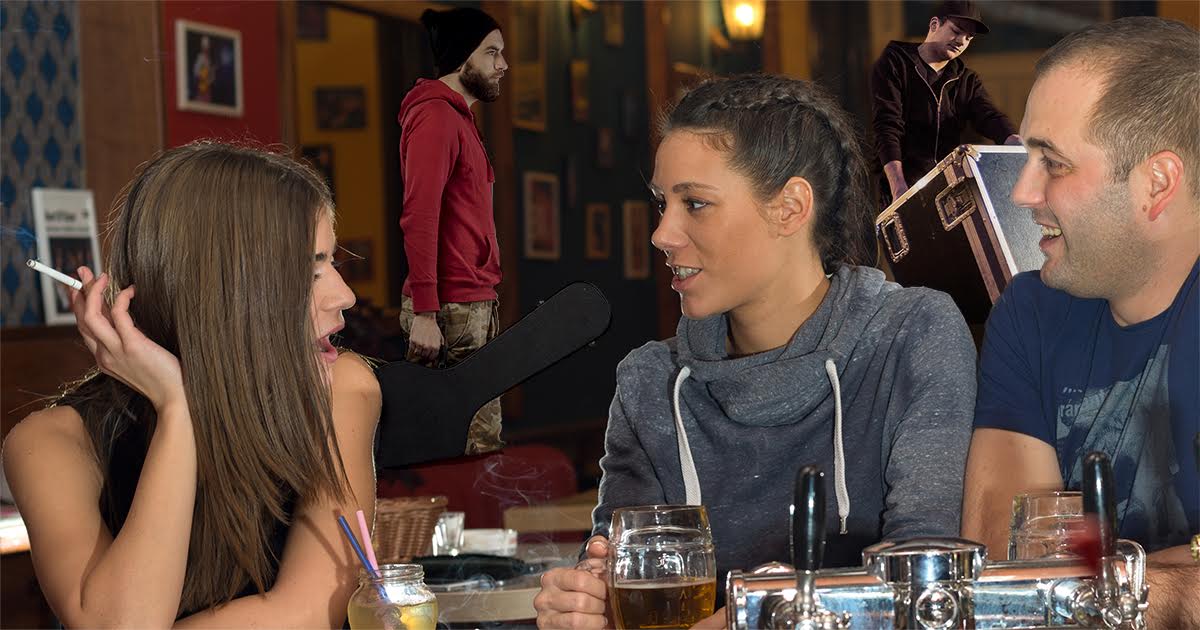 PHILADELPHIA – Regulars at Magner’s Pub had absolutely no idea they would be “entertained” last night by Philly’s robust local performing arts scene, witnesses confirmed this morning.

“Judging by the turnout, this is gonna be a great show,” David Riley, part-time performer/day-time copywriter and organizer of the event, allegedly said. “Once they turn the Eagles game off and shut down the pool table, everyone will give all their attention to the stage.”

“Is there something going on here tonight?” said bar regular James Machie, noticing the makeshift stage erected in the corner. “Shit. It’s not too late to go somewhere else, is it?”

“We’re gonna start the show in five minutes,” Riley announced, interrupting dozens of interesting conversations to confirm the night’s events. “I can already tell you’re gonna be a great crowd, so grab a drink, and be sure to tip your bartender!” he added before deafening feedback from the microphone sliding out of his hand and hitting the floor.

Reports indicate grumbles of protest followed Riley as he made his way around the bar, unplugging arcade games and draping a curtain over the dart boards.

Witnesses confirm a line formed at the bar to pay their tabs almost immediately.

“The only time I have seen the place empty out this fast was when those punks from O’Sheas Bar and Grille tossed a dead skunk through the front door,” said bar manager Carlie Hopps. “I felt bad for the performers so I tried to process all the credit cards really slow so they could have some sort of audience.”

Stacey Madison, who can be found at Magner’s “three or more nights a week for the last six years,” was one of the few patrons that took a seat in an empty row of chairs up front.

“I am just happy they’re not doing Harry Potter trivia again,” she said. “That was fucking awful.”