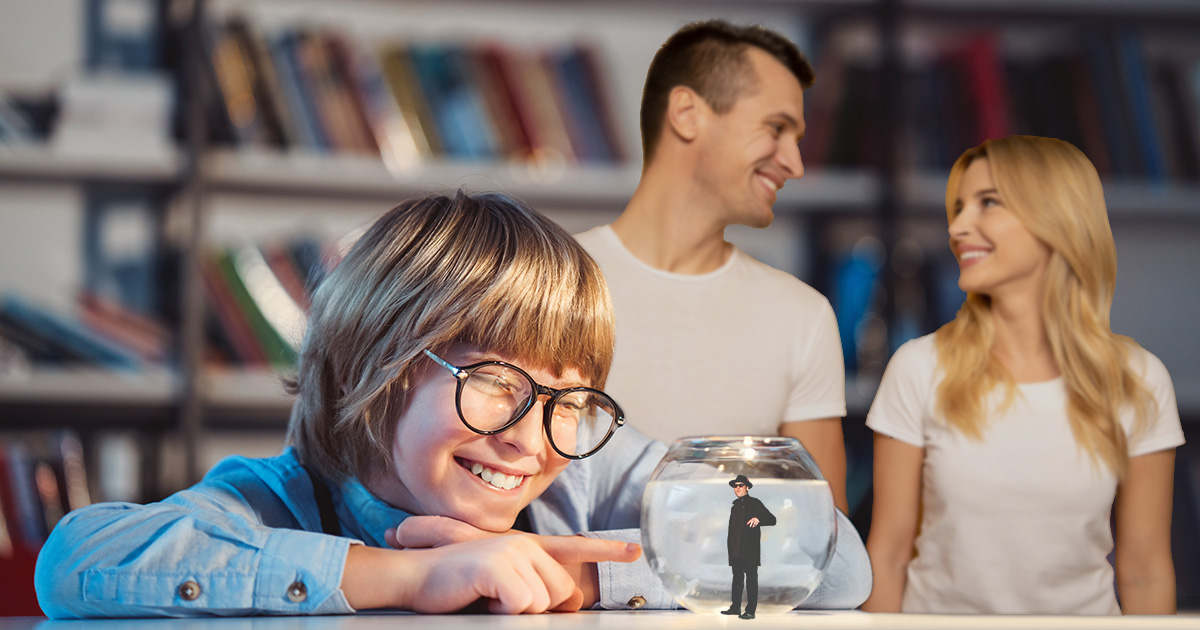 “We didn’t know what to do. We thought maybe it was time to have the big talk about mortality, but how hard would it be to replace the goldfish with something similar?” Susan stated. “Matt Skiba was the closest thing we could come up with: he’s always kinda damp, his eyes are always looking out aimlessly to the sides, and he’s mostly an herbivore. As soon as we stuffed Matt, who is surprisingly flexible, into that fishbowl, we knew we made the right choice.”

However, Mark Jr. claimed he noticed the difference right away.

“Usually when I get to my room, I’ll call out for my goldfish Spunky by shouting, ‘Where are you?’” the heartbroken and irritated Mark Jr. recalled. “But this time, instead of my goldfish, I see Matt Skiba pressed up against the glass of the fishbowl. We just stared at each other awkwardly until he finally muttered, ‘I’m so sorry.’ I still can’t really sleep in there.”

Henry the Snail, who shared a bowl with Spunky, slowly realized he was sharing a bowl with Matt Skiba over the course of a week.

“I noticed Spunky got pretty quiet for a few days, but I didn’t think too much of it. We’re all handling the pandemic in our own way,” the snail explained. “The moment that gave everything away though was when one of Matt’s giant turds took up the entire bowl and almost crushed me to death. I can safely say that this is not Spunky, and I am not a fan of this new stuff.”

In related news, a Cincinnati family’s pet piranha has allegedly been replaced by Houston-based artist Riff Raff, but no one, including Riff Raff, has noticed yet.