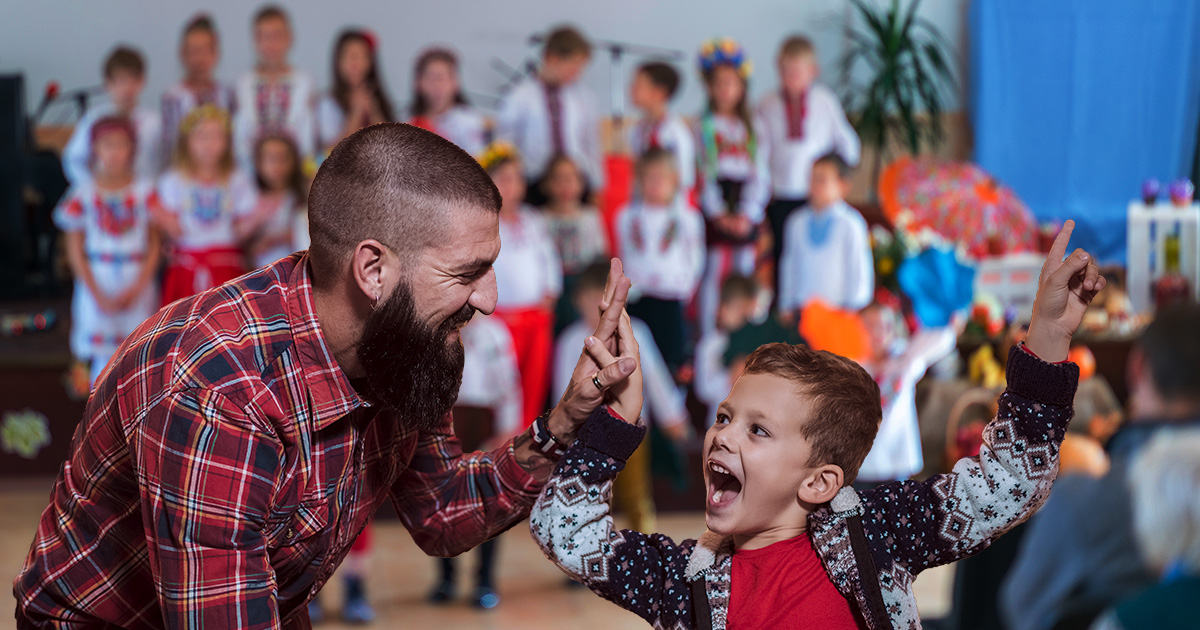 PASADENA, Calif. — Local parent Kevin Westfall told his son Danny last week that Danny “had a great set,” despite only being present for the final five minutes of the two-hour choir performance, amused witnesses confirmed.

“I mean… I told him the truth. He did such a great job up there,” said the elder Westfall of the post-show encounter with his 11-year-old son. “He sounded wonderful — and that new stuff was really awesome. I really liked… um… well, I thought the whole thing was great. But the end was especially great. We were losing our shit out in the audience.”

Witnesses allege, however, that after arriving nearly 45 minutes late, Westfall was spotted catching up with other parents in the parking lot — passing around a bag of wine when they thought no one was looking.

“Yeah… I figured he just made it for the end,” said Danny, still in his stage makeup. “But even that’s better than most times. I mean, I get that choir’s not his thing, or if he’s busy… but if he can’t make it or doesn’t care, why is he always asking me when my next show is?”

“Also, why does he always confirm on Facebook?” he added wistfully. “Parents are so weird.”

“Look, we all know the opening choir sucks. They’re a bunch of no-name amateurs who couldn’t carry a tune in a bucket,” said fellow parent and attendee Kerry Brack. “But once the sixth graders come out, it’s all worth it — they start busting out all the classics, and it makes you say to yourself, ‘I need to check out more middle school choirs.’”

Sadly, the event marked the 14th consecutive school function of which Westfall missed a significant portion, ranging from soccer games, to parent teacher conferences — a fact that caught Westfall off-guard.

“These claims are ridiculous,” he said. “This choir stuff is all just to sell bullshit, anyway — I always buy a school hoodie, or some stupid calendar to show my support. I don’t see what the big deal here is.”

At press time, Westfall was overheard saying, “You looked like you were really having fun up there,” to his oldest daughter following her dance recital.