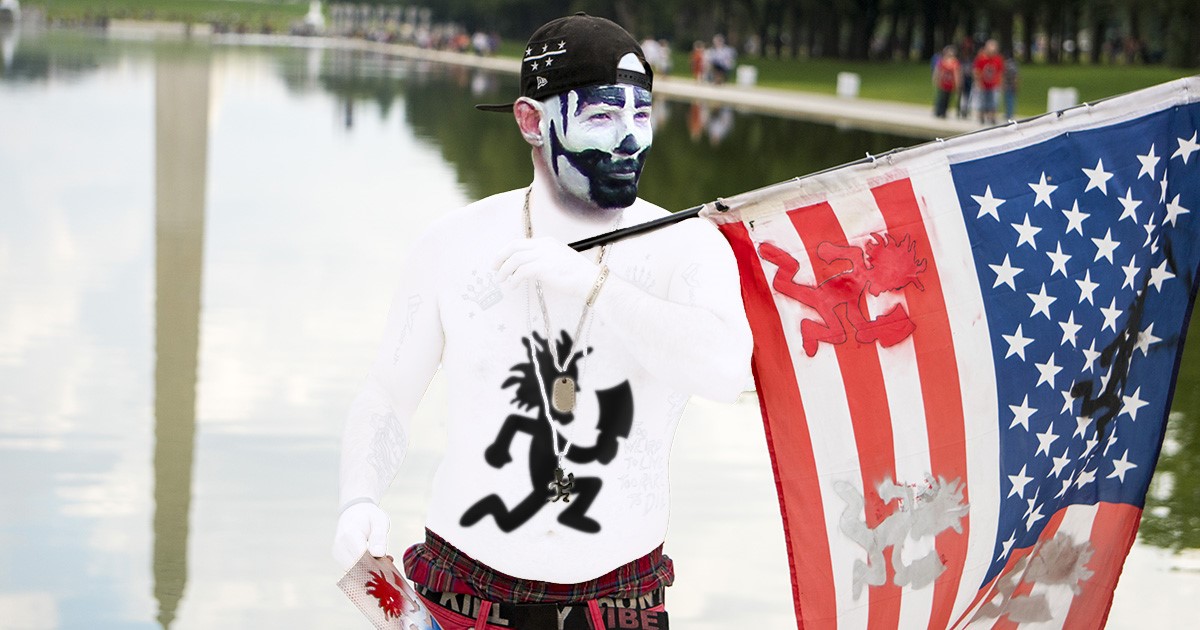 SPRINGVILLE, Ind. — Orthodox Juggalo Raymond Klotz anointed his whole body with makeup in anticipation of his yearly pilgrimage to the Gathering of the Juggalos, uncomfortable sources confirmed.

“I want to spread much mother fucking wicked clown love across the hallowed grounds of my people,” said Klotz, known by fellow Juggalos as Whackass Burnin’ Bu$h, as he used a paint roller to coat the middle of his back. “I know a lot of Juffalos around here think it’s okay to present themselves in public with only a painted face, but scholars of the Carnival of Carnage know that to enter the gates of Shangri-La requires full commitment to Lo life. I had to disown my own brother after I saw him drinking Shasta in a tent at last year’s gathering, whoop-whoop.”

Klotz has been a member of the First Church of The Juggalos — Southside Carnival since his early youth and has preached the value of MFL across the globe.

“He’s a pillar of the community. Every week at services, he pours the Faygo and collects skrilla from the parishioners,” said Bu$h’s longtime partner Karen Sofield, known by her juggalette name Kibblez N’ Slitz. “But I won’t lie, the full body paint has become an issue because I don’t want to get freaky with him with paint all over his popsicle, if you get what I am saying.”

Klotz leads services at The Church which was founded after the Faygo War of 1911 by Marvus The Strong as a way of keeping narn-narns from becoming shoguns.

“Many of our flock are assed out and on that extra sauce, so they need help with dimmage,” said Father Mother FucXXXer, the Church’s high priest. “We fixed up an elementary school bathroom cuz the jugglings had nowhere to have a nurdle. We also hold weekly smeh drives, provide clown-boxes to single mothers, and offer free STD testing all thanks to the hard work of the homie Bu$h.”

At press time, some Juggalo zealots still questioned Klotz’s commitment to the family after it was revealed he did not have sex through a cigarette burn in a size XXXXL Great Malenko T-shirt.