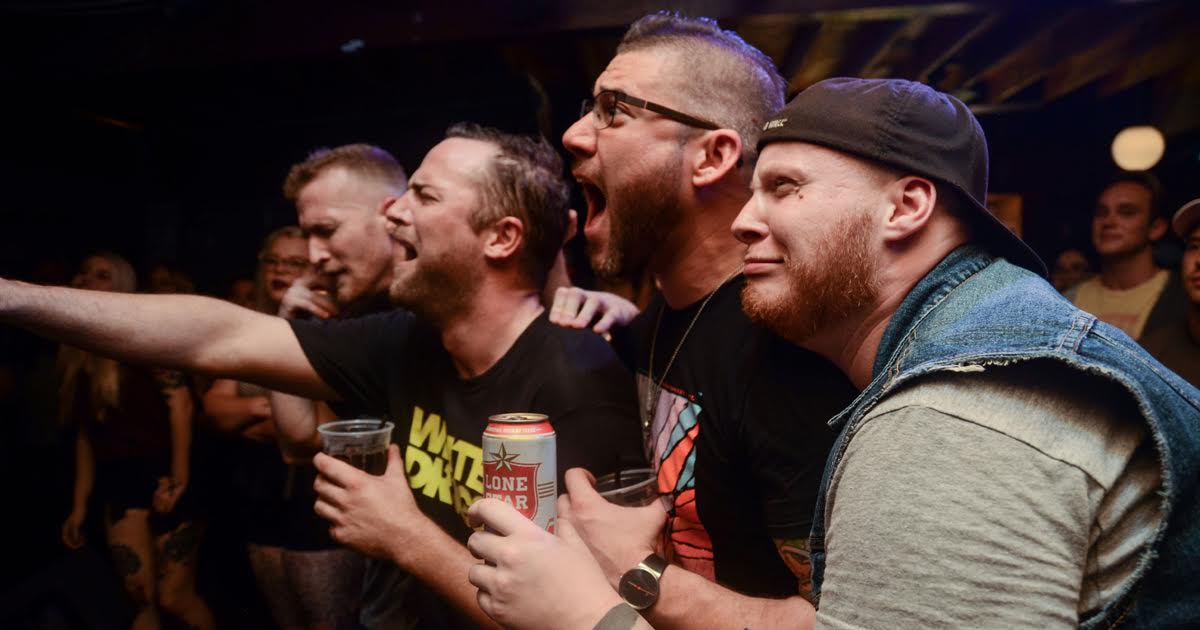 NEW YORK — An impromptu tribute gave way to an emotional scene during a show at The Rusty Faucet last night, as the headlining band dedicated an entire song to the bands that played before them, according to sources still trying to collect themselves.

“This next one goes out to Bottom Out from Long Island, This Means War, and the first band that went up,” said Punching Up vocalist Scotty Moore. “Those are the kids of tomorrow and they fucking ripped. Now open this shit up!”

As Punching Up launched into their next song, opening band Fall From Grace were left speechless at the generous recognition bestowed upon them by their respected elders.

“Oh, my god. Did you hear that?!” said drummer Jason McMurphy while wiping tears from his rosy cheeks. “He said we ripped! Scotty Skull from Punching Up thinks we rip! This is unreal! This changes everything!”

Following the shout out, members of Fall From Grace were seen embracing one another and calling loved ones, informing them of the boost the newfound street cred would certainly give them. Some of the band’s local fans came to congratulate them in person, with most pointing out they “truly deserved it” and “always worked hard.”

“Guys, I want to make a toast!” said 19-year-old vocalist Jonah Hennessy after using his one drink ticket to get a sparkling water. “When I said one day a touring act would be vaguely familiar with my existence for a minute, there were two groups of people. One group laughed at me. One stood by me. Thank you all for being in that second group. This is a dream come true!”

Despite Fall From Grace’s enthusiasm, club promoter Tony Jeffers believed the shout out was not genuine.

“You know, I see those kids over there freaking out because some 32-year-old said their band was cool, but that first band played at 7:30, and those pricks on stage didn’t get here until five minutes before their set time,” said Jeffers. “They claimed their van broke down over off of the Taconic. Fucking losers almost cost me a shit ton of money.”

After the celebration, the band reportedly sought out Punching Up to thank them in person, who unfortunately were “pretty beat” and “didn’t feel like hanging out.”