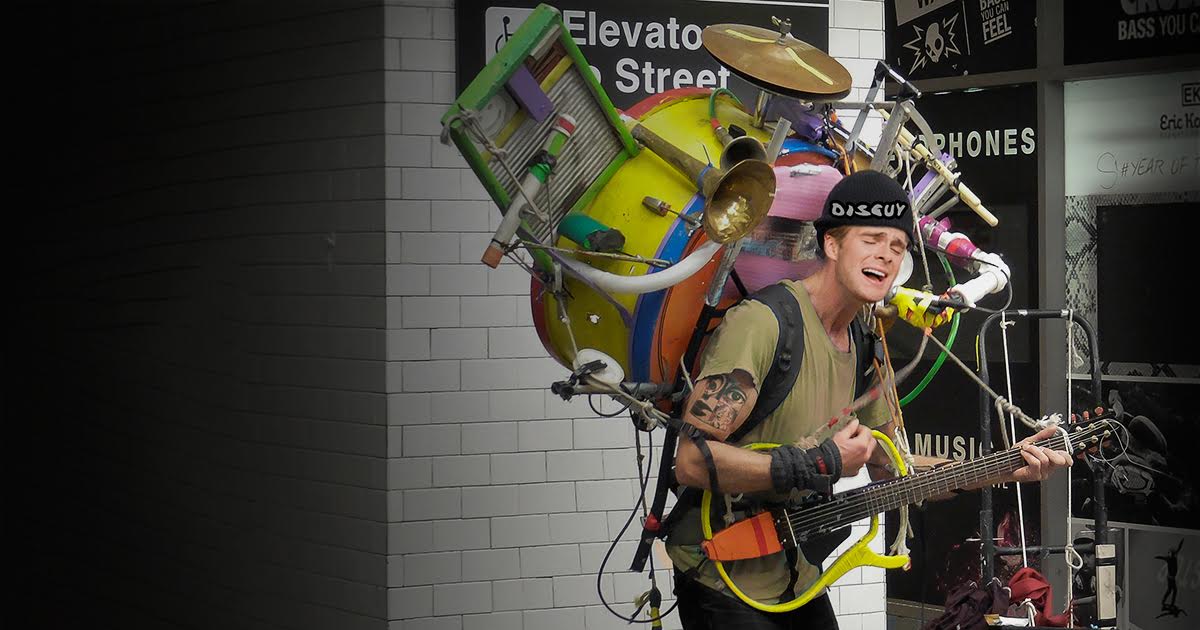 “This all happened really fast,” said Glass. “A few weeks ago, Jim [Rufus], our old frontman, was too drunk to perform. I knew the setlist, so I strapped on the whole get-up and took the stage. Nobody seemed to notice, so Jim just went home and left a note on the merch table, saying, ‘Good luck, this is yours now.’”

“It’s life-changing — kids coming up to me with tears in their eyes, telling me how much songs like ‘Corrupted Corruption’ mean to them,” said Glass. “I just hope people will stick with me in this new chapter of Disguy, and that I can continue to bring fans music they relate to.”

While the change has been quickly embraced in the live act, fans online have voiced their displeasure. One thread on the “CrustFunks” message board, entitled, “Disguy is a dis-lie,” received over 13 comments before being shut down by moderators for brigading.

Originally setting out to simply cover the remainder of Disguy’s tour dates, Glass is looking towards the future of Disguy, with Jim Rufus reluctant to take back the title.

“I’m not entirely sure what’s going to happen when this tour is over. I guess Jim found a job at Whole Foods in the produce section,” said Glass. “From what I hear, he’s genuinely happy he doesn’t have to strap on a 125-pound contraption every night. He even gave me the password to the Disguy bandcamp, and told me to ‘Go nuts.’”

Next month, the reinvigorated Disguy will embark on a nationwide co-headlining house tour, with a cassette recording of anarcho-power violence heavyweights GrossParts.