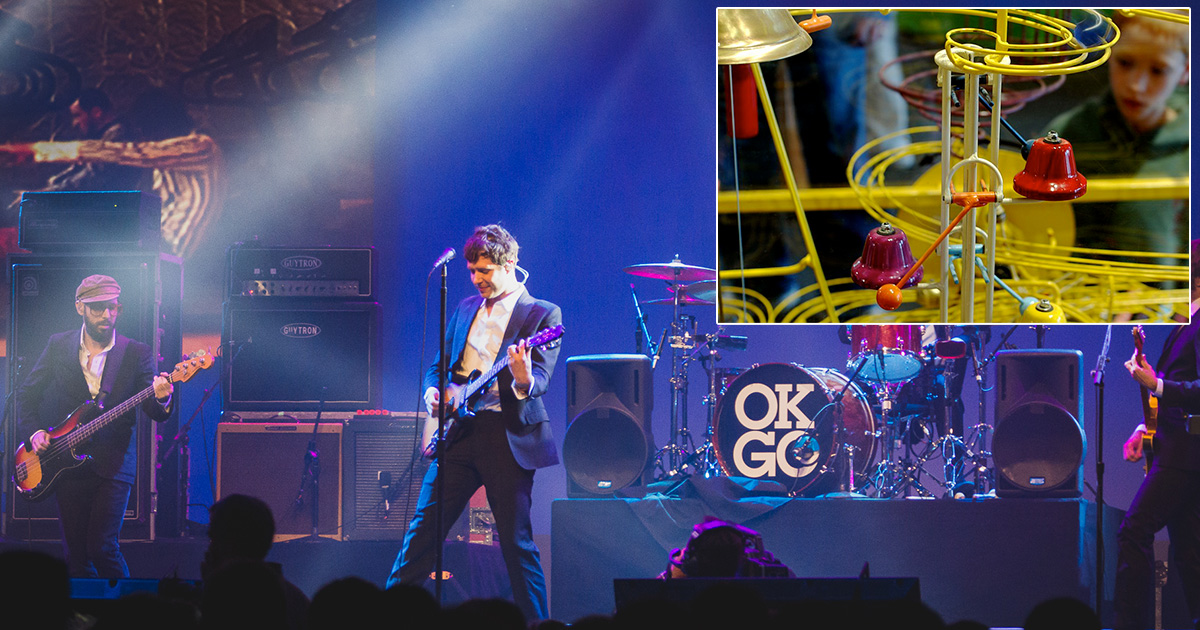 WENDOVER, Nev. — Power pop band OK Go demanded that the opening band of their regional tour lend them a gigantic Rube Goldberg machine for their set, according to sources who described the chain of events in whimsical, overly-complicated detail.

“I don’t see what all the fuss is about,” said OK Go frontman Damian Kulash. “Sometimes headliners need to borrow equipment from local bands, often with very precise specifications. In this case, we’re just looking for any homemade contraption that can wrap around the inside of the venue and produce a simple chain reaction incorporating a sledgehammer, 25,000 dominoes, a 1/64th scale replica of the Colosseum made entirely of red legos, and a pack of eight labrador retrievers pedaling a tandem bicycle while howling the chorus to one of our songs. Whichever is easiest, we’re not that picky.”

Local high school band Nerds with Friends is booked as the opening act and spent the weekend frantically preparing for the show.

“This is definitely the most work we’ve put into a gig, but luckily for us, I took a remedial physics class over the summer and already know how to drop an egg off a two-story building without cracking it,” said drummer Michael Kearns. “So far we’ve got the hammer doohickey part of it working and probably just need another day or two to figure out the rest. I just wish OK Go could be like the other big bands who come through town and trash our gear or hit on our teenage girlfriends.”

“I’ll admit I’m not familiar with the band, but I have to assume their fans are coming out to hear their music, not to see some novelty act put on a goofy, choreographed spectacle that you might see on early 2000s YouTube,” said Beaver. “What the hell is a Whoopi Goldberg machine anyway? I guess it could be worse — at least they didn’t ask for a $400,000 dancing hologram.”

At press time, sources report that OK Go canceled their Wendover tour stop after receiving an invitation from the town of Cawker City, Kansas, to perform inside the world’s largest ball of twine.