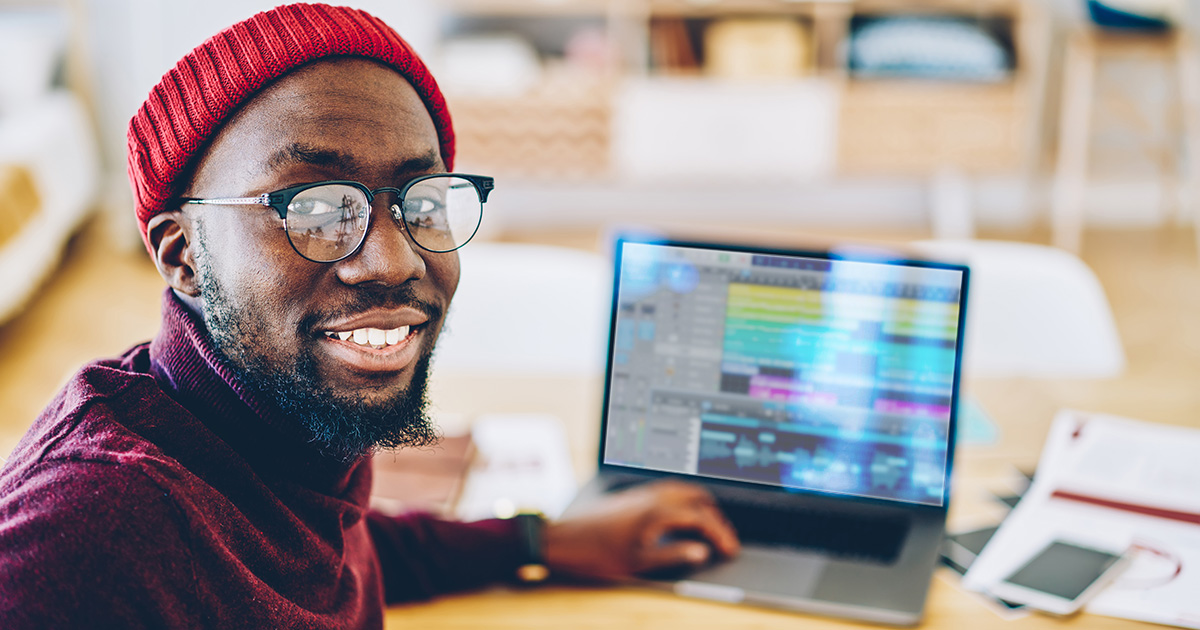 “Goddammit… not again,” said Phillips, who is better known in the noise scene by the name HorsePope. “This always happens — I step away for a week, and when I get back, I have no idea which Logic files are complete and which ones still need bitcrushing. Look at this track — this version has five compressors on it, and this other one has three compressors and a bunch of ring mods. They’re both felony-level auditory assaults, sure, but which one did I leave off on? It’s not like I can just listen to them to check — I can’t make heads or tails of this shit.”

Phillips vented his frustration on the internet, where other noise musicians were empathetic to his struggle.

“Yeah, that’s a pretty common problem,” said April Martin, vocalist and electromagnet player for noise band NoseFrida the Snotsucker. “It can be hard to decide when things are finished: you agonize over whether a track has enough samples of tearing sheet metal, or whether you should go down to the emergency room to pick up more field recordings. Perfectionism is rampant in the scene, but sometimes, you have to put your foot down and say, ‘I’m only gonna do one take of this unlistenable feedback loop, and it’ll have to be good enough no matter what.’”

While Phillips’s fellow noise artists voiced their solidarity, his listeners worried that his creative frustrations might carry over into his music.

“Lately, HorsePope’s work seems a bit sloppy,” said noise fan Mishka “Clot” Khatri. “His old shit was laser-focused perfection, but I barely made it through the ‘cat in a dishwasher’ part of his last album before I noticed how unfinished it sounded. There’s nothing worse than a rushed, uninspired noise track, you know what I mean?”

“Oh, you don’t?” Khatri continued. “Well, it’s easy to tell when you know what to look for. You just gotta… I mean, once you notice the, uh… hold up, let me smoke a bowl real quick, and then I’ll break it down for you.”

At press time, Phillips was attempting to alleviate his creative block by staring into television static and listening to recordings of car crashes.