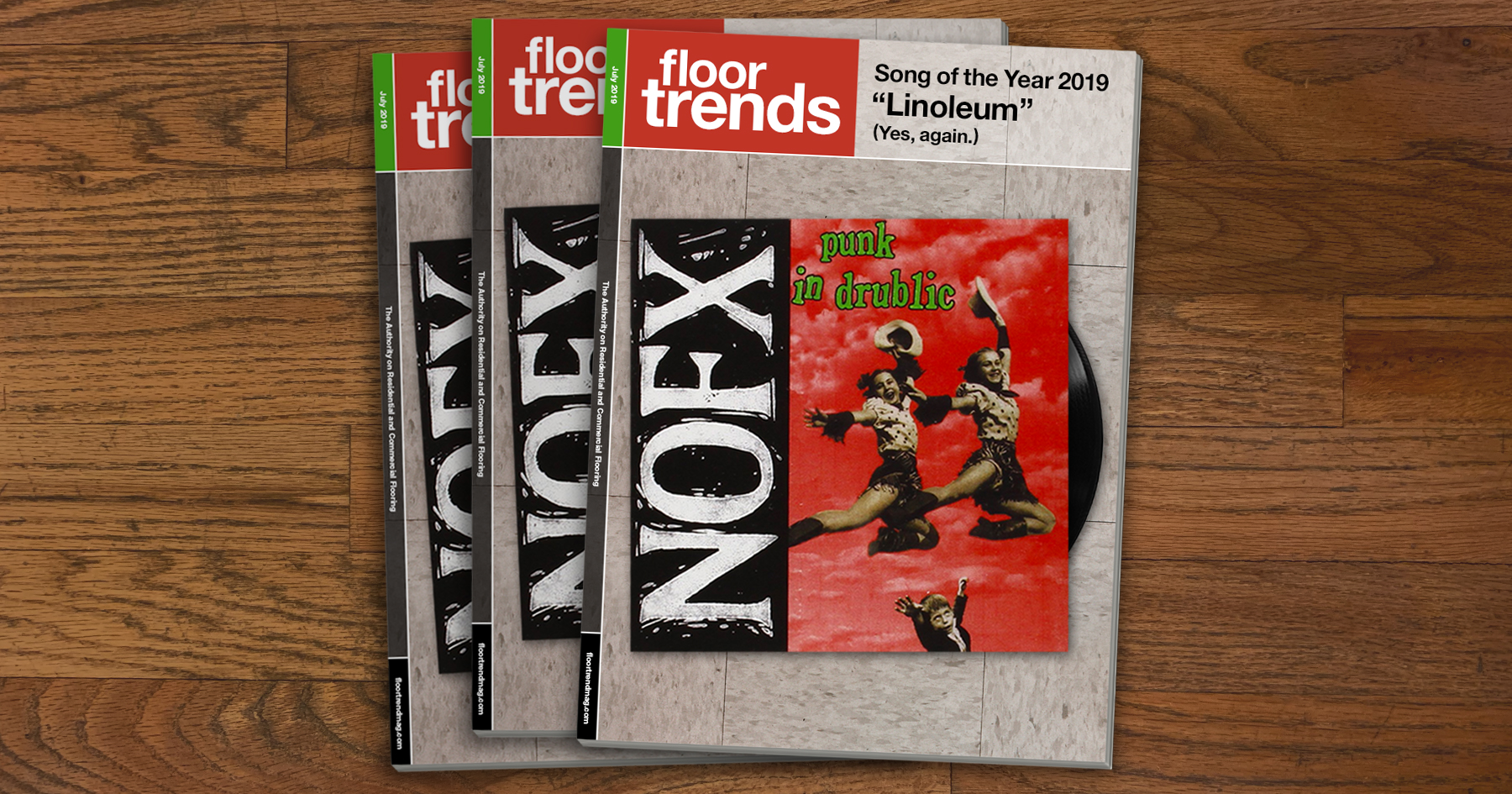 TROY, Mich. — Floor Trends Magazine editors have chosen NOFX’s 1994 skate-punk anthem “Linoleum” as the magazine’s Song of the Year for the 25th year in a row, the magazine revealed in their August 2019 issue.

“Each year we hope for a new song that excites kids about flooring materials again,” admitted editor-in-chief Michael Chmielecki. “But until that happens, we’ll keep humming NOFX’s undying testament to the early 20th century phenomena, linoleum. A quarter of a century later, linoleum indeed gives us something to believe.”

Unsurprisingly, the positions of other songs on the list have remained unchanged for years.

“The Doors’ 1972 jam ‘Hardwood Floor’ remains in second place, and is unlikely to ever best NOFX for one very important reason that has left our staff divided come awards season every year,” conceded managing editor Danielle Simpson. “While the song is catchy in its own right, it doesn’t ascend beyond the circumstances of being a posthumous Jim Morrison release. We can only wonder what a masterpiece it could have become with him singing.”

With the annual rankings, it has become a tradition for fans of flooring-based music to take to the internet to decry Floor Trends Magazines’ yearly top lists.

“Wtf, how do you make a list of flooring songs and skip Steppenwolf’s ‘Magic Carpet Ride’ year after year??? ? these hacks don’t know shit im sticking to Rug News and Design who know what tha fuck is up with the real deal,” posted user MahoganyLaminator69 on Reddit’s /r/FlooringBopHeads subreddit.

Hours after the magazine hit store shelves, NOFX’s Fat Mike tweeted that he was booking a plane ticket to Troy, Mich. to accept the award from the magazine’s headquarters.

“Linoleum supports my head and floor trends magazine supports nofx through thick and thin, I’ll be there in 4 hours and you fuckers better have some hazy IPAs ready,” he tweeted from his account @FatMike_of_NOFX.

Floor Trends Magazine replied to the tweet, reiterating that they do not nor will ever have an awards ceremony at their office, and imploring Fat Mike to please stop showing up with a dog named Bob that pisses on their floor.