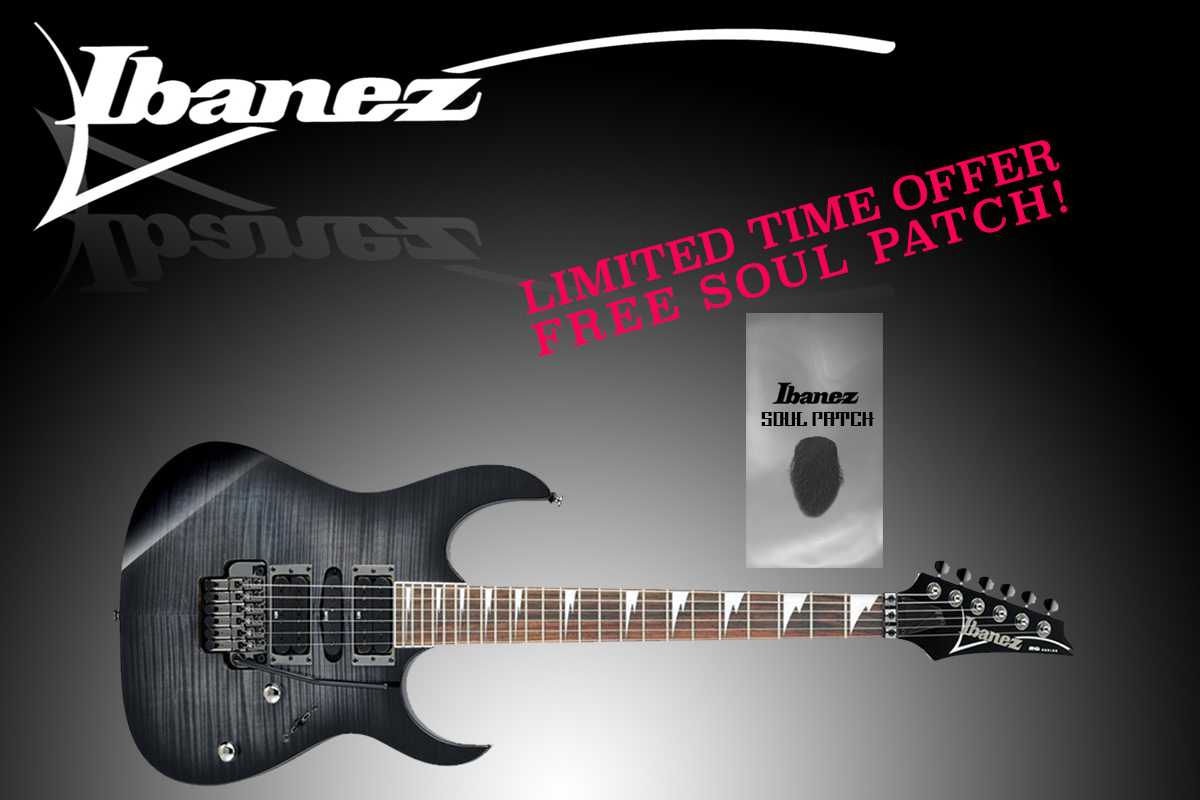 BENSALEM, PA – Ibanez Guitars announced earlier this week their new line of electric guitars will be packaged with a complimentary tuft of lower lip hair, known as a “soul patch,” in an effort to align brand values throughout their products.

During a press conference at the Langhorne Guitar Center store, Ibanez spokesman, Dirk Liffold, shared the details of the new product line to a room full of self-proclaimed guitar aficionados.

“We as a company don’t want to be caught dead with some limp-dick pussy playing one of our guitars. So we are making sure you look fucking cool while you play an Ibanez. We don’t want to be tagged on Instagram with some big shaggy beard or smooth corporate face holding an “Iceman” or a “Destroyer”, ya know? We want a true rocker, someone with well-manicured chin hair.”

With sunglasses lifted on top of his gelled hair bound by a bandana, Liffold promised fans that “this will be the fucking sick-nastiest guitar of all time.”

Interrupted for a brief moment while his beeper went off, Liffold went on to outline the technology Ibanez has been known for integrating into their products. “Ibanez has always been a leader of innovative technology. We were the first to mass produce a 7th string guitar — so that you never sounded like a fucking tool while playing an Ibanez. We were also the first to carve hand grips onto your guitar, because sometimes when you’re shredding so hard you just need to lock on to the body of your guitar and hold on for dear-fucking-life, ya know? Shit man.”

“Also, so your hands are comfortable when you carry your guitar for long distances,” he added.

Longtime Ibanez enthusiast and Jack Daniels T-shirt owner, Kurt Koppel, said he wanted to get his 8-year-old daughter interested in playing guitar. “I was always skeptical if she would be able to rip as hard as her old man. But now if she has a sick soul patch pasted on her chin I don’t see why the hell not.”

Liffold concluded the event by stating that the new guitar will continue the classic features of Ibanez. “And of course these guitars will feature Ibanez’s low-action strings. Ironically named because an Ibanez player is known for lots of action, if you know what I mean.”