New “Female Section” of Guitar Center Filled With Only Basses 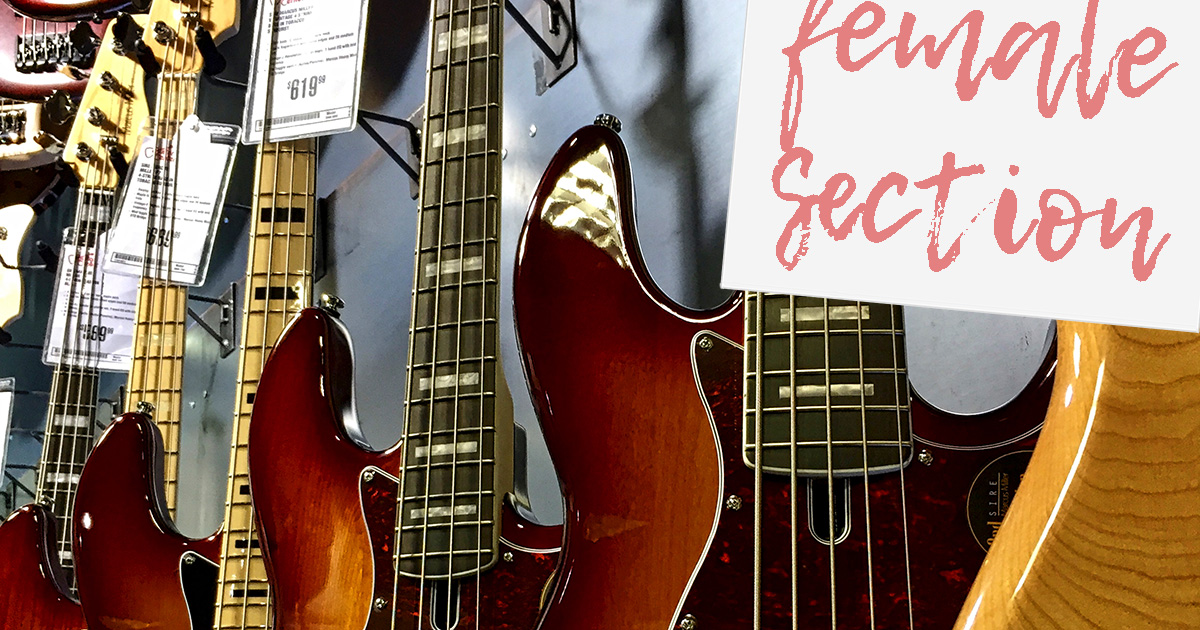 SAN ANTONIO — Local Guitar Center shoppers found today an entirely new section at the store labeled the “Female Section,” which was filled only with bass guitars, according to multiple sources.

“We at Guitar Center are proud to announce our newest inclusivity initiative: the ‘Female Section.’ Here, ladies will be able to browse top-of-the-line basses to their hearts’ content without the distraction of a bunch of instruments they don’t play and probably can’t identify,” publicist Jeffrey Redicci wrote in an official press release. “Equality is our top priority. Since we’re basically the only mass-market music store in the country, the new ‘Female Section’ is the benchmark of progress for our industry.”

Guitar Center employees around the country have reportedly embraced the directive from corporate, prompting a fair amount of confusion from customers.

“I found one gal when she walked in, and as a purveyor of perfect customer service, immediately directed her to our ‘Female Section.’ And she made this hilarious joke that she’s actually a sax player! Good stuff,” local assistant manager Tyler Cruz remarked. “A dude actually wandered in there because he was a bass player, but then I explained we have a separate section for real bassists, and he totally got it.”

However, femme musicians were understandably upset by the latest rearranging of their local Guitar Centers.

“It’s ridiculous to act like men can play any instrument. I saw a guy truly struggling to play ‘Smoke on the Water’ — which he still insisted on trying to play on a guitar, a mandolin, and two banjos, for some reason,” shopper Alanna Goldberg explained. “When I successfully snuck into the percussion section, an army of Guitar Center guys in those fucking polos came running over looking terrified. I guess this is what I get for not shopping independent.”

At press time, Live Nation was considering a similar initiative that would corral “hysterical girls” in a back corner at shows played by all-male or all-male-except-the-bass-player bands.