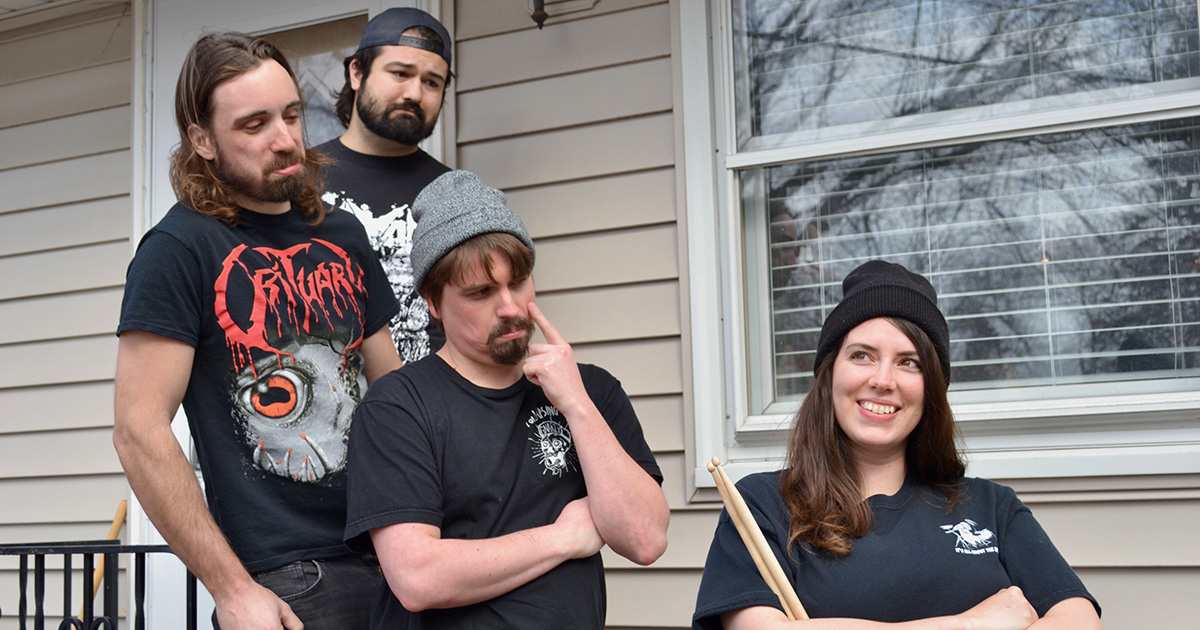 CINCINNATI — Local band Circus Warfare last week took in their fourth new drummer within the past year, but have yet to name her to avoid getting “too attached,” according to multiple sources.

“We found her alone by a bus stop outside of the mall, drumming on her own knees… and we couldn’t just leave her out there like that,” guitarist Kevin McLaughlin said. “It was kinda chilly out, and she just looked so pitiful in that oversized NOFX shirt. She’s clearly worn it since at least 2001.”

Knowing they have no room in the band for a new drummer, McLaughlin’s bandmates agreed to “let her hang” temporarily — while taking steps to avoid attachment.

“Listen, I know how hard it is to resist those big, pleading drummer eyes. But we’ve been through this before,” said bassist Donnie Brown. “It’s just too hard when they run off with another band. The last time this happened, the drummer we took in was given a totally different name by their new band. It was heartbreaking.”

Jess Howser, a local guitarist who personally knows the pain and hardship of taking in a stray drummer, agreed.

“If they’re afraid of the responsibility, they should start with something small — like a tambourine player,” she explained. “The one we found was barely trained, and clearly left home alone a lot. And don’t even get me started on what they were feeding him. What a mess.”

Despite their anxiety, Circus Warfare understands they simply will not be able to keep “the little guy” permanently, and are actively seeking a more suitable band for her to join.

“We know somewhere out there, there’s a band who can take better care of her than we will,” vocalist Cyril Davies said. “Having a drummer is a big responsibility, and I’m sure there are bands out there with much more time and maturity to keep a drummer permanently.”

Caught in a vicious circle many musicians know all too well, Circus Warfare is reportedly already eyeing new drummers — despite reminders from their respective parents to play with the one they already have at home.