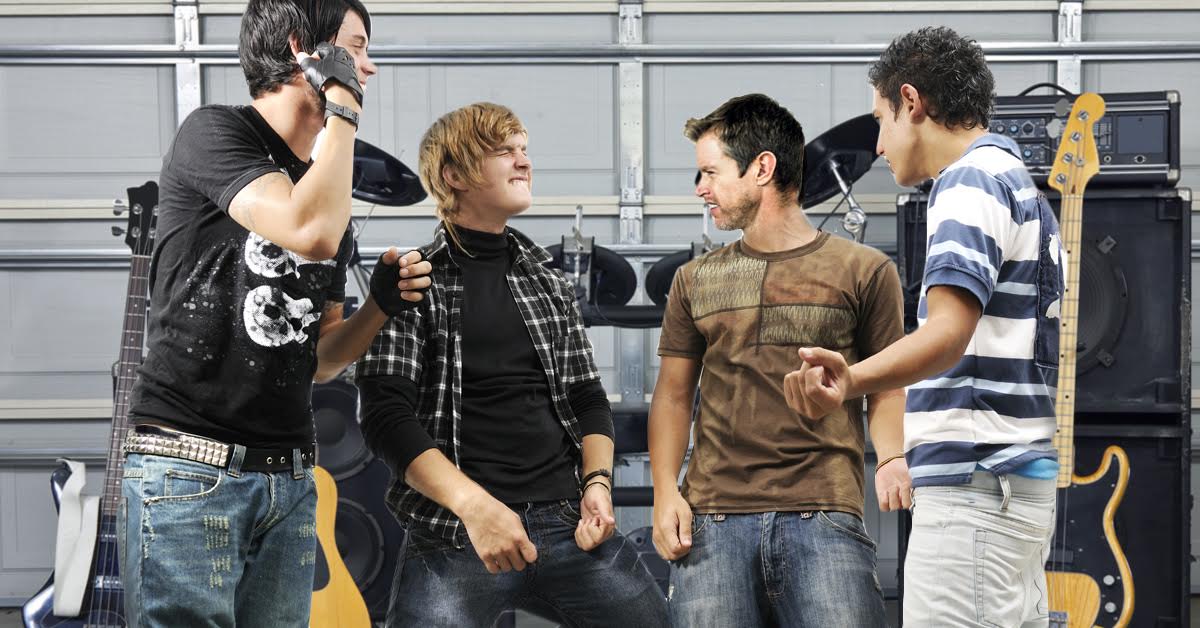 FRESNO, Calif. – Pressed by the realization of having their third practice without selecting a name, a local high school band engaged in an aggressive debate this weekend over which already-taken band name to choose.

“Look, this is going to be our identity. It has to be something that says who we are, that makes us stand out. Something great, like American Nightmare, or The Street Dogs. Something totally our own,” said bassist Matt Kripky. “How about Guttermouth? Our lyrics are pretty fucked up, right?”

Support for “Guttermouth,” the name of an actual band that has been active for nearly 30 years, was immediately shouted down. “Who the fuck would want to listen to a band called Guttermouth?” yelled 13-year-old lead vocalist Jason Dias. “Dumbest fucking name I’ve ever heard.”

Second-singer Mike Fontana expressed support for the name, but also had his own ideas. “Guttermouth sounds pretty good, but what about something that will really get inside people’s heads, like Gas Huffer? Or Terror? Can you even imagine if we made shirts that just said ‘Gas Huffer’ on them? People would freak.”

Of all the band members, Drummer Kelly Toms took the hardest line. “This band is gonna be brutal and crazy. Let’s do something with, like, crime or something. Something like ‘Dahmer Escape Plan.’ Like if Jeffrey Dahmer tried to escape prison by eating his way out,” Kelly said, leading to  a revelation. “No…wait. John Dillinger was a badass…how about THE DILLINGER ESCAPE PLAN?”

Reports indicate a hushed silence fell over the room as each member contemplated what is, admittedly, an awesome band name, while remaining totally oblivious to the fact that it’s been in use since 1997.

As of press time, the band had narrowed its options down to two favorites, “Brutal Truth” or “Dokken,” but due to Kripky’s mother arriving early to pick him up, a final decision had to be postponed until next practice where, according to sources, they plan to flip a coin.