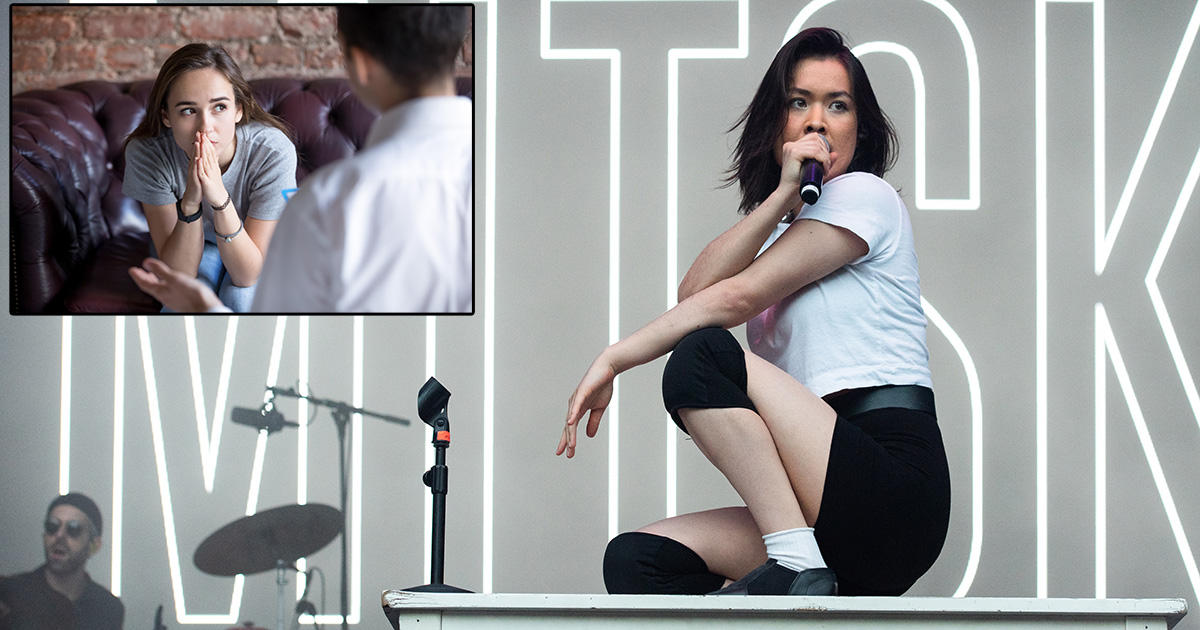 PROVIDENCE, R.I. — Recording artist Mitski announced today that her merchandise will now be available for sale at mental health clinics across the country, klonopin super-fans confirmed.

“I took a much-needed hiatus after five years of non-stop touring, but after a light lunch at Olive Garden wiped my earnings from streaming services, I realized I needed some income flow,” the accomplished singer/songwriter explained. “A few phone calls later, I inked a deal with a number of therapists that would allow me to set up merch tables in their waiting rooms, on the condition I release another soul-crushing album young adults can silent-cry to in their parked cars after therapy.”

Depression and anxiety sufferers were mostly confused by the sale of T-shirts and buttons in a treatment space, but ultimately found the placement convenient.

“Not sure why there’s a Mitski merch table here, but funny enough, her music has gotten me through some tough times. I actually happen to be a huge fan,” a patient who wished to stay anonymous said. “Mitski’s music, along with the right SSRI, really helped with my anxiety symptoms, so I thought it was cool I could get all the help I needed in a one-stop shop.”

“I wonder how my therapist knew I was a fan. Is this like, a targeted ad thing?” they added. “Were my earbuds playing music too loudly in the waiting room one time? Was I disturbing everyone? Is my therapist mad at me? Am I asking too many questions? Are you mad at me?”

Participating psychologists are celebrating the partnership, noting a significant increase in patient enrollment at their respective clinics.

“When she first reached out, I was appalled at the idea of someone profiting from the emotional turmoil of my patients,” licensed therapist Mark Bumgarner said over the whirr of his jewel encrusted bill-counting machine. “But during a trial period, patient enrollment shot up by 40% when fans coming in for merchandise made new patient appointments. I can’t thank her enough for what she has done for my business… oh, and also for helping people grow emotionally, and yadda yadda, et cetera, and so on.”

At press time, Mac DeMarco was being escorted off the premises for selling cigarette-burned weighted blankets in the parking lot.