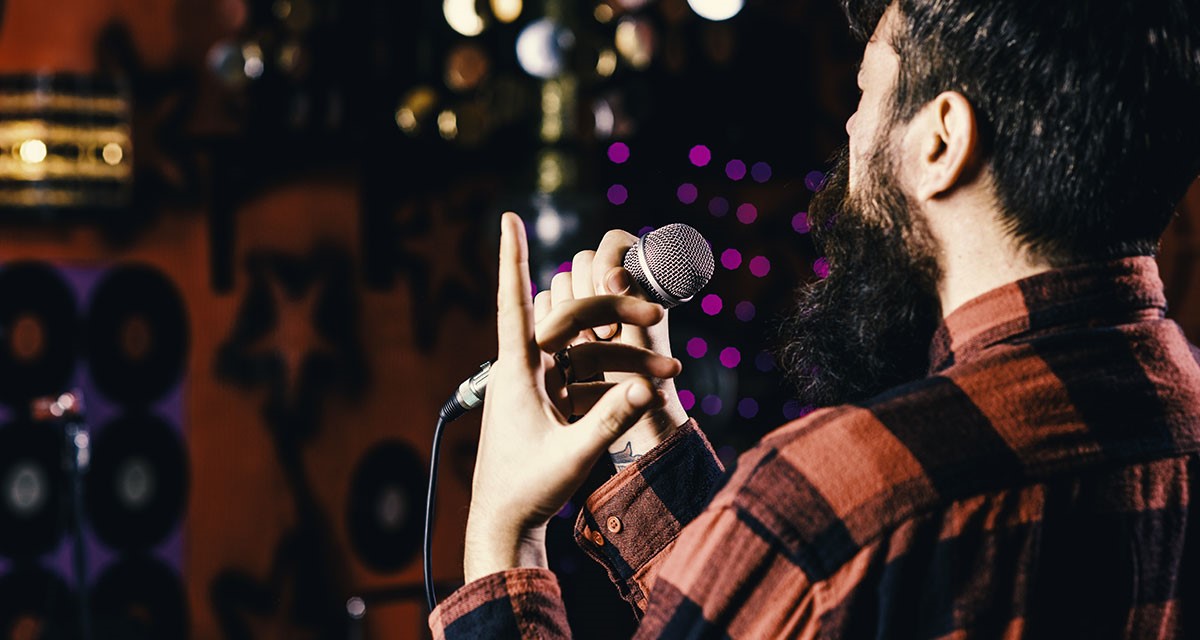 BALTIMORE — Local karaoke enthusiasts were shocked last night to learn that the words to Cosmic Dinosaur’s hit single “Let’s Stop Going” were significantly worse than what they thought they heard, based on the bands’ singer’s unusual vocal tone and cadence.

“When I chose ‘Let’s Stop Going,’ I really thought I was gonna be the star of the night,” karaoke regular Andrew Green said. “The place damn near exploded when the opening chords struck. Everyone was super stoked… until the verse began and I, along with the entire audience, saw the words scrolling on the karaoke screen and realized we’d all made a huge mistake.”

Green and the crowd together sang the words they assumed were the song’s incredibly poignant lyrics, until the prompter demonstrated otherwise.

“When I heard the first part of that song, I went right up front to scream the opening line… until I looked at the screen next to the stage and realized the singer was actually saying ‘fuck’ every time I thought he said ‘love,’” karaoke attendee Wendy Lee said while deleting the song from her phone. “Oh, God — what other songs have I been singing wrong?”

Witnesses note “Let’s Stop Going” wasn’t the only surprise of the night.

“My girlfriend is here, so I went to sing ‘Sex on Fire’ by Kings of Leon — it’s the first song we made love to,” fellow patron John Leo said. “Gotta say… a lot of references to road head in that song. I thought it was about passionate lovemaking.”

Green agreed. “Seriously, the line is, ‘Head while I’m driving,’” he said. “How’d that get on the radio?”

Linguistic experts consulted on Connors’ statement concluded that he either meant that song lyrics are up for interpretation for each individual listener, or that he was talking about road head.